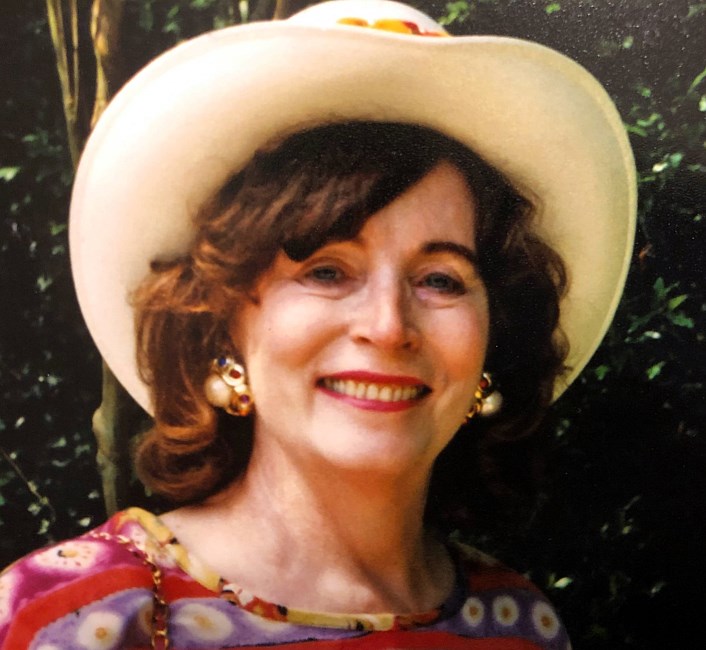 Madeline Joan McMahon Lamb Flatt, passed away peacefully at home with hospice care on October 5, 2022. She had many friends and was a well-loved member of her community as she shared her love for literacy and the arts. Joan was born on July 15, 1932 to Madeline Dederick McMahon and Daniel Francis McMahon in Cornwall-on-Hudson, New York. She was raised in the Hudson River Valley and graduated from Mount St. Mary’s Academy in Newburgh, New York. After receiving academic scholarships, Joan attended both Ladycliff College and Spencer College. After her children were raised, she attended SMU, University of Dallas, and graduated with high honors from the University of Texas at Dallas with a degree in Literary Studies with a minor in Psychology. She is the author of Powerful Political Women and Ghosts of the Great War. She was a public speaker, poet, and contributor to local magazines. Joan was a Real Estate broker with Henry S. Miller, and was a member of the Multi-Million Dollar Club. She was a member of St. Rita’s Church, the Republican Club, Dallas Theatre Guild, Mes Amis, Pierian Club, Dallas Public Affairs Luncheon Club, Bard and Ballad Book Club, Classical Book Club, Brookhaven Book Club, Dallas Opera Guild, Dallas Museum of Arts and Dallas Symphony League serving as president of many of these organizations. Joan also served on the Boards of Ursuline Academy and Jesuit College Preparatory School, and sang in the choirs for St. Monica and St. Rita. Throughout her life, she lived in nine states and enjoyed traveling the world. Joan was preceded in death by her beloved husband, Wayne Flatt, brother Daniel McMahon, and sons Daniel McMahon and David Lamb. She is survived by sons Richard Lamb, Jr.; Douglas Lamb and his wife Barbara Veeder Lamb, and their sons Travis Lamb, and Brian Lamb and his wife McKenzie; and is survived by daughters Dianne Lamb Barrett and her husband Joseph Barrett, and their son Ryan Barrett, his wife Erin; son John Barrett; and daughter Laura Barrett Unrein and husband Terence; daughter Darlene Lamb Martin and her husband Dave Martin, children Dean Hooker, Madeline Hooker, Dillon Hooker, and Phoebe Martin. She was also survived by four great grandchildren and by many nieces and nephews. In lieu of flowers, please make donations to the St. Jude Children’s Cancer Research Hospital, Memphis Tennessee. www.stjude.org/tribute
See more See Less

In Memory Of Madeline Joan Flatt