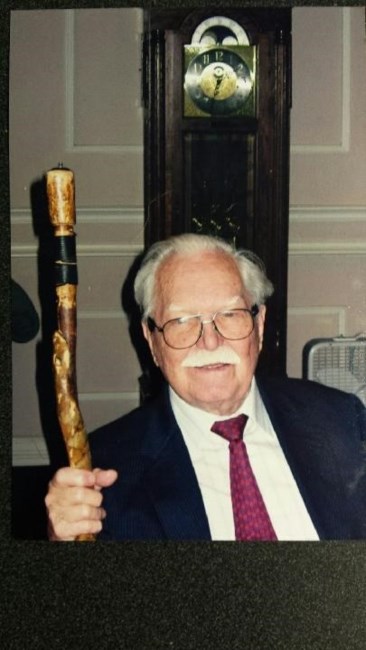 Roscoe Paul Mitchell Jr. March 31, 1925 – October 7, 2015 Everyone called him “Roc”. He passed away at the age of 90, a month after celebrating his 68th wedding anniversary with his wife, Clarice. Roc was born and raised in Alice, Texas. He was a veteran of WWII where he served as a bombardier and navigator in numerous missions in the Army Air Corp while stationed in England. After the war he attended the Art Institute of Chicago. Roc and Clarice were married in 1947 while he was a student. After finishing school, they moved to Dallas in 1951, where he had a 60 year career as a commercial artist, designing logos and advertising for many corporations, churches, including First Presbyterian Church of Dallas, and the City of Farmers Branch. They raised six children. Roc was a lifelong Presbyterian, serving as a church elder for many years and helping to found a church in Carrollton. Roc was a Scoutmaster with the Boy Scouts of America for two generations, earning the Silver Beaver award and influencing countless young men. Roc was a hardworking, creative, generous, open hearted family man. Besides the six kids he was a father figure to many others. He is survived by his sister, Midge Buckles of Virginia, his wife Clarice Payne Mitchell, his children and their spouses: Genie Martin (Tom), Paul Mitchell (Laura), David Mitchell (Muna), Pete Mitchell (Yvette), Sara Purdon (Kevin), and Mary Moskovitz (Jeff); his grandchildren: Chris (Ashley) and Geneva Martin, Chris and Jon Everidge (Collin), Garrett (Lacy) and Zachary Davis, Kayln Mitchell, Jeffrey (Sarah) Mitchell, Faith and Luke Purdon, Mikayla and Mitchell Smith, and Carli and Wesley Moskovitz; and his great-grandchildren: Lee Hilliard, Roscoe and Wren Davis, and Caleb Mitchell, along with many nieces and nephews, and “self adopted” family by choice. He was dearly loved and will be greatly missed. In lieu of flowers, the family requests donations be made to the Boy Scouts of America, 8605 Harry Hines Blvd., Dallas, TX 75235. Memorial Service to be held in the Sudie George Chapel at First Presbyterian Church, Dallas on Monday, October 12, 2015 at 2 pm. Arrangements under the direction of Metrocrest Funeral Home, CARROLLTON, TX.
See more See Less