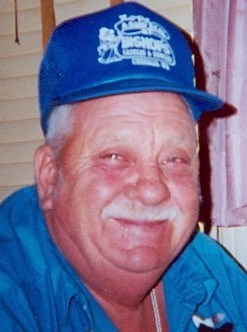 George (Bud) Lincoln Holmes, 80, passed away at 12:35 p.m. on January 17, 2012 at Liberty Country Place in Centralia, WA. He is survived by many who he thought of as his kids: daughter Peggy Watkins; grandchildren Ladene (Furutani) and Jed Gosnell and Loren Furutani; son Fred and Ann Connally and numerous grandchildren, great-grandchildren, nieces and nephews. He is also survived by three half-siblings: Gene and Bonnie Holmes, Donald and Judy Holmes, and Florence (Holmes) Stucki. He was preceded in death by his wife of 54 years Nettie Mae (Russell) Holmes, child George Lincoln Holmes, Jr., adopted son George Leslie Holmes, sisters Mary Davis, Martha Mitchell and Ella Schroeder and numerous half-brothers and half-sisters. George (Bud) was born November 21, 1931 in Dolores County, CO to George Lincoln and Aura Holmes. He served in the National Guard in the 1940s. After his honorable discharge, he married Nettie Mae in 1950 and was employed by the BNSF Railway Company and retired after 39 years. He attended The Salvation Army church for many years and did volunteer work there as a volunteer driver for the food bank. His strong faith in Jesus was an inspiration to his family.

Bud loved raising horses, farming and operating his model trains. He enjoyed hunting and the outdoors and taking road trips with his family. Bud could be seen most every morning having coffee at the Sunbirds Restaurant with the guys. He was always willing to help his friends and family with any project. A celebration of life memorial service is scheduled for Sunday, February 12, 2012, at 3:00 p.m. at The Salvation Army Church in Centralia, WA. Per his wishes, burial next to his wife took place at Greenwood Memorial Cemetery in Centralia, WA. In lieu of flowers, donations can be made to The Salvation Army.

His family, friends and community will greatly miss him. Everyone should know that Bud passed peacefully and his last testimony was that his loving bride, Mae, was waiting to take him to heaven, and that Jesus said to him, “There you are, George. We have been waiting for you.”

Arrangements under the direction of Sticklin Funeral Chapel, Centralia, WA.

In Memory Of George Lincoln Holmes