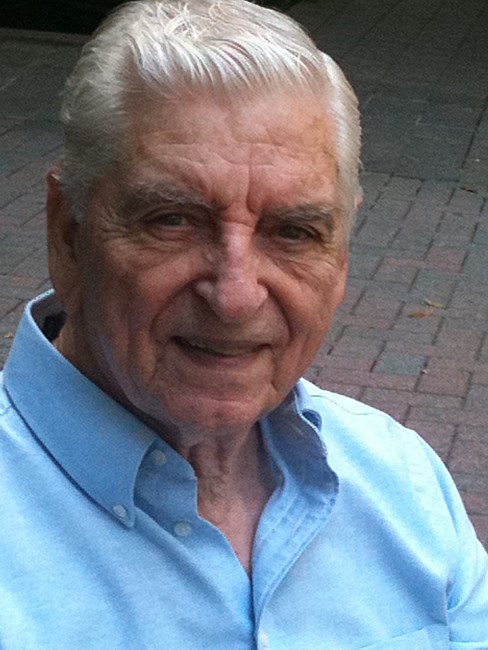 Jack Nelson Jordan Senior, 92 of Charlotte, NC passed away on Sunday, October 10, 2021. He was born in Concord, NC on Thanksgiving Day, November 22, 1928, to the late Fred Moore Jordan and Cora Lee Frye Jordan.

Mr. Jordan graduated from Oakhurst High School in 1945 and attended Oak Ridge Military Academy. He subsequently took a job at American Trust Company in Charlotte where he met the love of his life, Imogene Austin Jordan. They were married in 1948 at Mineral Springs Baptist Church, Oakboro, NC. They were married for 69 glorious years.

Following his tenure at American Trust, he went to work at Southern Bell (now AT&T) before entering the U.S. Army in January 1953. SFC Jordan served as a master gunner at Fort Jackson teaching machine guns and mortars, prior to becoming a platoon sergeant in the 4th Division in Friedberg, Germany.

In 1955, he returned to Southern Bell for his entire career; and, ultimately had statewide responsibility for building the industry consulting engineer team, as well as the selling and purchasing of wire. Throughout the years he held various manager positions in Plant Department, Marketing and Engineering. He served as President of both the Telephone Pioneers of America NC Chapter 35 and Telephone Pioneers of America Life Member Club, retiring from Southern Bell in 1985 after 35 years of service.

In his 36-year retirement, Mr. Jordan loved to travel with his wife in their motor homes. They would spend each fall in Emerald Isle, NC and each winter in Melbourne Beach, FL where he loved to fish. They also traveled extensively throughout the U.S. and parts of Canada.

He always managed a well-stocked tool shed and loved to build and repair things around his house and his children’s homes. He could fix just about anything whether mechanical, plumbing, or electrical. He could often be seen riding his mower and picking up leaves in the fall.

He was a past member of Hickory Grove United Methodist Church before joining Myers Park United Methodist Church. He was a member of Charles Setzer Masonic Lodge 693 and a 33rd degree Scottish Rite Mason. He was currently a member of Mizpah Chapter 36 of the Order of Eastern Star. In addition to his parents, he was preceded in death by his cherished wife Imogene in 2018, an infant daughter, Susan, and son-in-law Richard Lapointe.

A funeral service will be at 12:00 PM, Saturday, October 16, 2021, in the chapel of McEwen Funeral Service at Sharon Memorial Park, 5716 Monroe Rd., Charlotte, NC 28212. Interment will follow in Sharon Memorial Park. The family will receive friends at the funeral home Saturday from 11:00AM until the service.

In lieu of flowers, memorials can be made to Levine Dickson Hospice House, Charlotte, North Carolina, and St. Jude Children’s Research Hospital. Condolences can be left for the family at https://www.dignitymemorial.com/obituaries/charlotte-nc/jack-jordan-10394487

In Memory Of Jack Nelson Jordan