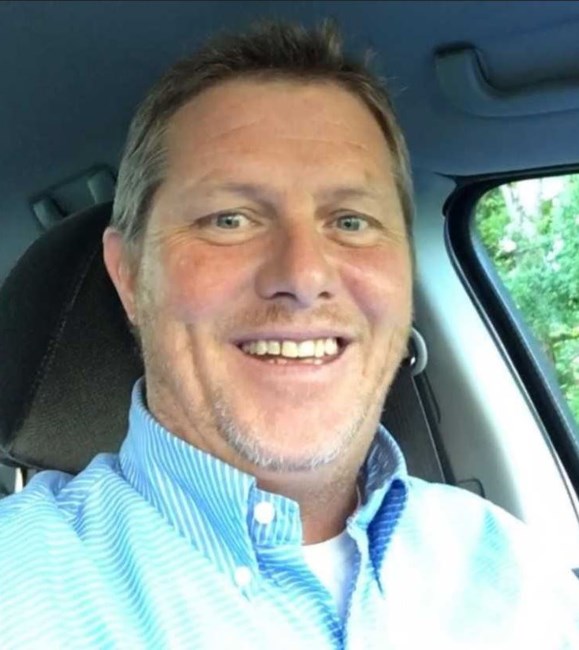 Joseph D. Carter, 57, known to family and friends as Joe, moved to his heavenly home on October 28, 2022. He was born in Charlotte, N.C. on May 1, 1965, to Robert (Bob) Carter and Sandra (Sandy) Carter. Joe attended school in Charlotte and graduated from East Mecklenburg High School in 1983. It was in his early twenties that he started a career with the Mecklenburg County Sheriff’s Department. He worked various positions while there and rose to the rank of Lieutenant before leaving. In 1994, he joined the Public Defender’s Office initially working as a Jail Interviewer and then moving on to the position of an Investigator. He stated that working in these positions reiterated what his mom taught him and his siblings, which was to treat others the way you wanted to be treated. Joe expressed that his career experience caused him to recognize even more why we shouldn’t judge people without knowledge of the “entire story”. As Joe thoroughly enjoyed working at the Public Defender’s office, his work setting provided an additional jewel for him; he met the love of his life, Charlena, while teaming a case. Joe and Charlena’s romance blossomed and in 2007 they were married. Joe always wanted a family and he was delighted that as he and Charlena united he gained a daughter, Camille Harvell. In June of 2008, their family was beyond elated to welcome the birth of an additional daughter, Cherie. Joe affectionately referred to he and “his girls” as “Joe and the 3 Cs.” Joe was a loyal, lifetime fan of the Miami Dolphins. However, the dolphins were no comparison to his all-time favorite softball player, Cherie. The family created cherished connections with their newfound sports family, Team NC. When Joe wasn’t cheering on the Dolphins or Cherie, one would find him playing poker bi-weekly with friends, participating with Fantasy Football, and enjoying the weekly “Breakfast Club” with his brothers, cousin and best friend. Joe appreciated nice things and enjoyed his job, but those things weren’t where he found happiness. His heart held his treasures and for him that was his family and close friends. He didn’t have to tell you this. If you knew him, you saw it daily. He unknowingly led a life of example: to love others, be kind, and help when you can. Regardless of what was going on in Joe’s life, he never lost the ability to smile or laugh, to lend an ear or a helping hand. There was a warmth in his smile and in his presence that lifted your spirit. He didn’t complain, he tackled the challenges and heartaches of life quietly while counting his blessings and reaching out to others. Joe leaves a family and a multitude of friends behind whose lives he touched and enhanced and changed with his endearing ways. He left his stamp on our hearts and our lives were richer because he was in them. Joe will be greatly missed but never forgotten. He will remain in our hearts and memories forever. Joe joins his parents in heaven, Robert and Sandra Carter. He is survived by: wife, Charlena; daughters, Camille and Cherie; brothers, John (Melissa), Luke, and Matthew, and sister, Mary “Fluff”; sister-in-law, Kimberly (Keith) McDaniels and brother-in-law, Wade Harvell; nephew, Robert and nieces Hannah, Patrice, Kendall and Syndi; several aunts, and a uncle, and a multitude of cousins, including Mary Frances, Amy and Patrick with whom he had a very special relationship. A very special acknowledgement to dear Aunt Suzie who was a guardian angel to Joe in his last few weeks. A Celebration of his life will be held Friday, November 4, 2022 with visitation beginning at 1:30pm and the Memorial Service starting at 3:00 pm at McEwen Funeral Service - Mint Hill Chapel 7428 Matthews-Mint Hill Rd Mint Hill, N.C. 28227. The family requests in lieu of fresh flowers, you consider a house plant or something that will last to cherish his memory, at home with his family. The family will receive visitors at Joe and Charlena’s home immediately following the service. Online condolences may be offered at www.mcewenminthillchapel.com
See more See Less