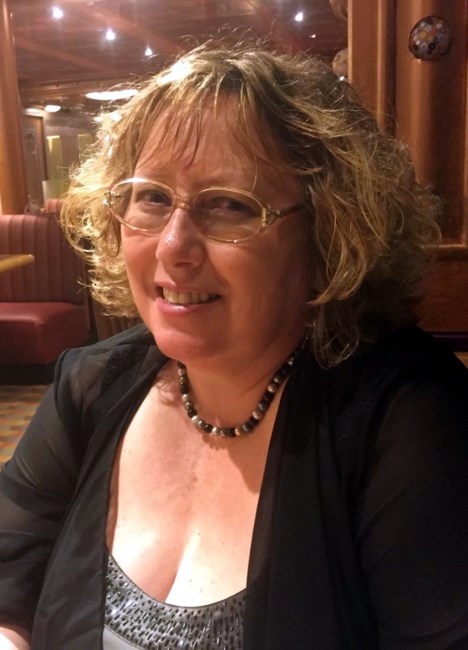 Diane Els of Ooltewah, TN was born to Fritz and Kathy Wiesner on January 6, 1964 in Johannesburg, South Africa. She grew up in the Northcliff area, where she attended school and church. After graduating from High School, she went on to college and earned diplomas in Public Relations and Personnel Management. Following graduation, she went on to work for several prominent South African companies in the field of administration and human resources. During this time she started dating Norman, her future husband, who she’d known since schooldays, and through Northcliff Union Church, which they both attended at that time. Norman and Diane married in June of 1995. Together, they had a son named Jason. In January 2000, the family emigrated to the United States seeking new opportunities, where they initially lived in Charlotte, NC. In July of 2001, the family relocated to Chattanooga. Within 6 months, the family had fallen in love with Chattanooga and have lived here ever since. Because of visa restrictions, Diane volunteered as a teacher assistant at Apison Elementary, which Jason attended at the time. Once visa restrictions were lifted, Diane started paid employment as a substitute teacher, which transitioned into a teacher assistant role in the special needs and multi-handicapped classes at Apison. After several years working in education, Diane changed paths and worked as a waitress at the Beyond the Garden Gate tearoom in Collegedale, in order to be able to spend time with Jason as he was growing up. Around 2010, at the age of 46, Diane went back to college and completed two diploma courses in Medical Billing and Coding. Shortly thereafter, she began working for Spine Surgery Associates on Gunbarrel Road as a coder, and she has continued working in that capacity until the present. One of her most significant milestones was becoming a naturalized American citizen in May of 2011. Diane has always loved travelling, and has visited 16 countries including several in southern Africa, England, Ireland, Canada, and Mexico, as well as several Caribbean countries. In addition, she has visited 22 of the states in the USA, of which her recent trip to Alaska was a highlight. Diane was always ready for an adventure, whether it was white water rafting, ballooning, gliding, going on safari, flying around Mt Denali in a seaplane, or going on a cruise ship. During Covid, Diane concentrated on her garden, and took delight in the hummingbirds, bees and butterflies that were attracted to the garden. Diane enjoyed peaceful times outdoors with her Labrador Rosie. She also took delight in the deer, raccoons, squirrels and other wildlife that were regular visitors. She did however break into a jog recently when we had a bear visit the neighborhood and Diane had to take cover behind a nearby car! Diane had a vey kind and generous nature, and enjoyed spoiling friends and family with gifts for those special occasions. Diane regularly gave back to her community by supporting the local charities and fundraisers. Diane attended Silverdale Baptist Church, and her faith in Jesus Christ was an important facet of her life. Diane is survived by her mother Kathy, her mother-in law Mavis, her brother Karl, her husband Norman, and her son Jason. In addition, she leaves behind her sister-in-law Esta, her nephew Kyle, her nephew Andrew and his wife Mie, and their son Benjamin. Finally, Diane was so looking forward to welcoming Lauren into our family when she and Jason marry in June of 2023. Diane was our rock, and the glue that held our family together. Diane, your passing has left a massive hole in our lives, and you will be sorely missed. A visitation will be held at Chattanooga Funeral Home, Crematory, & Florist – Valley View Chapel (7414 Old Lee Hwy.) on Saturday September 24, 2022 between 2:00pm to 4:00pm. A memorial service will follow at 4:00pm. In lieu of flowers, the family requests that donations be given to the Chattanooga Area Food Bank chattfoodbank.org or the Chattanooga Humane Educational Society heschatt.org in honor of Diane. Please share your thoughts and memories online at www.ChattanoogaValleyViewChapel.com Arrangements by Chattanooga Funeral Home, Crematory & Florist – Valley View Chapel, 7414 Old Lee Highway, Chattanooga, TN 37421.
See more See Less