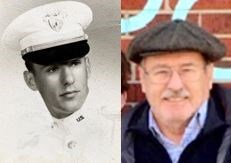 Colonel John F. Keith (USA ret) passed away suddenly on Sept 25 at home. He was born in Pawtucket, RI on July 15, 1943 to Stella Gautier Keith and Francis Martin Keith. In 1965 he graduated from the United States Military Academy and after serving in Vietnam completed an MBA from University of Alabama. 30 years on active duty included assignments in North Carolina, Dominican Republic, Pennsylvania, Vietnam, Oklahoma, Alabama, Washington DC, Germany, Kansas, California, and South Carolina, before retiring at the Army War College. His civilian career was equally as diverse. He began as head of Veterans Affairs for the Pennsylvania National Guard at Indiantown Gap which included support of the Scotland School for Veterans children. Next he became President of a non-profit organization to support the state parks of PA. He created friends groups who would work to protect the parks and grow them through donations. He also worked for the state of PA under Governor Tom Ridge during the beginning of Realignment and closing of military installations (BRAC). He and the BRAC pack worked to defend and support the significance of the PA military installations. He answered to many names including John, Jack, Pepe and Dad. He enjoyed hunting, fishing and shooting his traditional bow. Survivors include his wife of 52 years, Dorothy Stringfellow Keith, his 3 children, Kristen (Corey) Hessen, Reisterstown, Md., Tim (Megan) Keith, Suwanee, GA, and Jessica Keith, Phoenixville, PA. Six grandchildren including, Carter, Cooper, Sloane, and Stella Hessen, and Mason and Davis Keith. In addition his 3 siblings: Michael (Marjorie) Keith, Alpharetta, GA, Francis (Sandra) Keith, Fairfax, VA, and Claudia (Michael) Kaufman, Marblehead, MA. Also his Cousin, Donna (Bill) Wall, RI. And finally his loyal dog, Scout. He was predeceased by his parents, Stella and Francis Keith. A visitation Service will be held, Oct 2 from 4 - 7 pm at the Chattanooga Funeral Home, Valley View Chapel. Due to Covid, masks will be required. Memorial contributions will be accepted by the American Diabetes Association in honor of John Keith. Gravesite services with full military honors will take place at Arlington National Cemetery in the future. Please share your thoughts and memories online at www.ChattanoogaValleyViewChapel.com Arrangements by Chattanooga Funeral Home, Valley View Chapel, 7414 Old Lee Highway, Chattanooga, TN 37421.
See more See Less