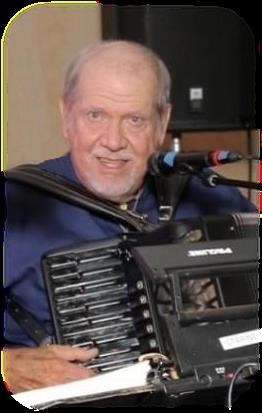 John "Foo" Furmaniak Sr., passed away peacefully on January 3, 2022, at the age 73 years old from the Back of the Yards neighborhood in Chicago, Illinois. Son to the late Thaddeus (Ted) and Laverne Furmaniak. Survived by his loving wife of 52 years, Cheryl nee (Alberts), who were married in Hawaii and are 44-year residents of the Village of Bolingbrook. Loving Dad to Christy (John) Krawisz, John Jr. (Dorine) and Jason (Jennifer), amazing Papa to Sydney (Shane), Katie, Morgan, Hayley, Jaylen, Avery and Jolena. Brother to Paulette Kennedy, Paul (Diane) Furmaniak, Jeanette (Pat) Iberra, and Stephanie (Larry) Wadsworth. Brother-in-Law to Frank and Rick (Patty) Alberts. Uncle and Great Uncle to many. Special friend to Bill & Judy Gansky and Harry & Cheryl Walker. Friend to many polka musicians, fans, baseball, football, softball and soccer parents and teammates. John served in the Army from 1968 to 1971 as a Military Policeman. He was honorably discharged from the US Army, won several championships in youth Football and Baseball as a coach. United Polka Association Accordion of the Year winner, performed on Grammy Nominated Polka Recordings and was inducted into the International Polka Association Hall of Fame in 2013. His favorite pastime was watching his grandchildren play sports, performing music, collecting sports cards and memorabilia. He was a member of the VFW Town of Lake Post #5216, Polish National Alliance Post 1577 and member of the International Polka Association. Foo, as many called him, played accordion since he was 10 years old, and formed a band called the Dial-a-Tones in 1971. He later performed with many bands such as the Windy City Brass, Marion Lush and the White Eagles, Stas Bulanda's Average Polka Band, One More Tyme, Stas Bulanda's Dyno Chicago and Tony Blazonczyk's New Phaze, just to name a few. Visitation for John "Foo" will be on Thursday, January 6, 2022 from 3:00 pm. to 8:00 pm. at Orland Funeral Home, (Edward A. Tylka, Manager), 9900 W 143rd Street, Orland Park, IL 60462. Mass at 6:00pm., 6:30 pm., Military Honors and 7:00 pm., Polish Carolers. Mass, Military Honors, and Polish Carolers will be live streamed on January 6, 2022 at 6:00 pm at the following link: https://www.facebook.com/RidgeFuneralHome. For info. call 708-460- 7500 or visit www.ridgefh.com. In lieu of flowers, monetary donations can be made to the family, or a donation can be made to your favorite charity in John's memory. Fond memories and expressions of sympathy may be shared at www.ridgefh.com for the Furmaniak family.
See more See Less