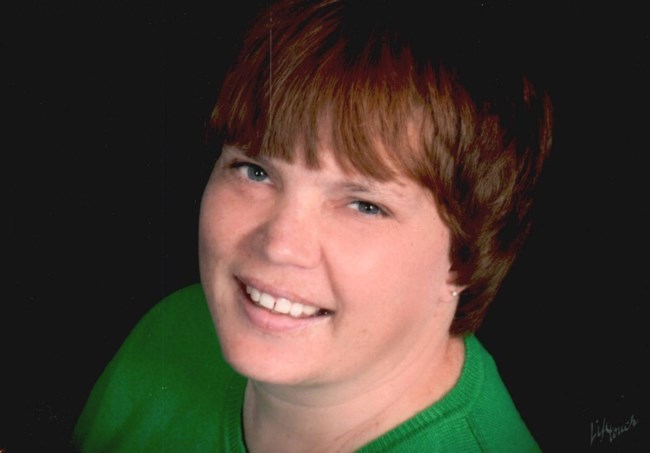 Lori Michelle Dockrey, 43, Colorado City, went to be with her Lord and Savior Jesus Christ on Thursday, September 10, 2020. She was born on November 25, 1976 at Root Memorial in Colorado City, Texas to Jim Dockrey and Christy Stubblefield Dockrey. Lori was a fiery youth and children's minister whose main passions were serving her Lord and leading others to a relationship with Jesus. She was a devout member of the First Baptist Church of Colorado City, where she worked for many years. Like a cool aunt, she was everyone’s number 1 fan. Lori was great with the family dynamic, and loved watching that family grow over the years. Lori exhibited a strong work ethic that she learned from her dad working on the farm. She learned from her mother how to create a very detailed itinerary which always came in handy when she scheduled the church’s youth trips. Lori was an avid sports fan, and loved talking sports with almost anyone. She attended the games of all her students when she could. She was also a season ticket holder to Texas Tech Red Raider Football. Lori had many interests in life such as trivia, sharing inside jokes, collecting pigs, and traveling with her mother and cousin Kamie. Above all she was an active friend and role model for all of her students past and present. Lori graduated from Southwestern Baptist Theological Seminary with a Masters of Arts in Christian Education which she used in her job with the First Baptist Church. Over her life she belonged to many organizations and boards, including: Secretary for the Board of The West Texas Children's Advocacy Center, Executive Staff at Super Summer Camps, Fellowship of Christian Athletes Huddle Coach for Colorado I.S.D., Texas Baptist Conclave Board, The Mitchell County Ministerial Alliance, Rachel’s Challenge for Anti-bullying, and RAD Self Defense Training. Lori is survived by her father Jim Dockrey and wife Sherry of Colorado City, by her mother Christy Dockrey of Granbury, by her brothers Justin Dockrey and wife Shane of Midland and Lance Dockrey and wife Caroline of Kandern Germany, and by step-brothers Zach Anderson and wife Ashley of Corpus Christi and Jed Anderson and wife Misti of Canyon. Also surviving are two grandmothers, Dorris Dockrey and Ernestine O’dell, and her nieces and nephews Jaycee, Boston, Sadie, Dash, and Magnolia Dockrey, and Reece, Grant, Paisley, and Lynlee Anderson. She was preceded in death by her grandfathers C.N. Stubblefield and Harry Dockrey, by an uncle Bill Dockrey, and by cousins Coby Stubblefield and Kristin Lerette. A funeral for Lori will be held at the First Baptist Church of Colorado City on Monday, September 14th at 2 pm with Doctor Jerry Shields officiating. Burial will follow at the Spade Cemetery. A viewing for Lori will be held at Kiker Seale Funeral Home on Sunday, September 13th from 9 am to 8 pm. The family will be present for visiting in the gym at the First Baptist Church of Colorado City from 6-8 pm on Sunday. In lieu of flowers, please consider donations to the Lori Dockrey Youth Fund at First Baptist Church of Colorado City, or to the West Texas Children's Advocacy Center in Sweetwater. Those wishing are encouraged to share a memory by visiting www.kikerseale.com
See more See Less

In Memory Of Lori Michelle Dockrey