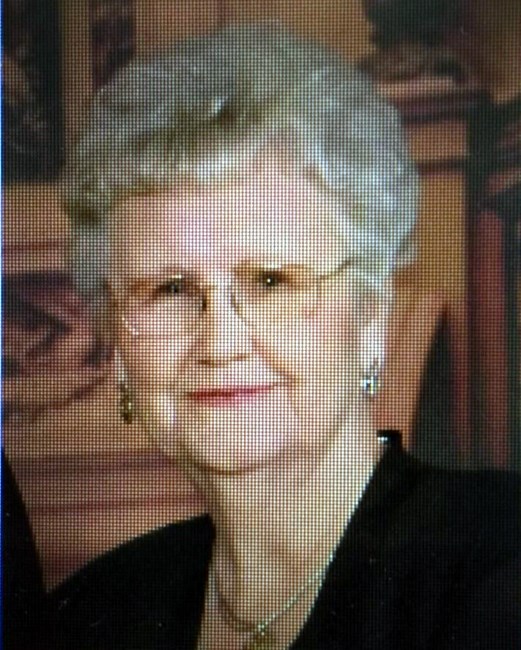 Wanza Elline Nunn Graham, went to be with her Lord and Savior, May 6, 2022, at the age of 95, with family by her side at Hendrick Hospice Care in Abilene, Texas. She was born on November 17, 1926 to Matthew Allen Nunn and Annie Cleveland Miller Nunn, in Clarksville, Red River County, Texas. Wanza would say she lived a full life, filled with lots of love and blessings. She was the youngest of 9 children, 1 brother and 7 sisters, and would tell stories of growing up in Red River County, where she graduated from Clarksville High School, at the age of 16. Following graduation, she and her mother moved out to West Texas with her brother and his family, settling on a farm North of the small town of Loraine. She considered her nieces and nephews more like brothers and sisters, since she was the baby of her family, and was always very close to them. Wanza told the story of how she was baptized in a stock tank at the age of 16. She went to a tent revival and invited Jesus into her heart and became a member of the Mt. Pleasant Baptist Church. Later after marriage she attended the First Baptist Church of Loraine and taught in the children’s Sunday School classes, and enjoyed helping with Vacation Bible School in the Summer. At the age of 19, Wanza met and fell in love with her husband, Bobbie Graham, while he was on leave from the Navy. They wrote letters back and forth while he was away, and when he came home again on leave, they were married, January 5, 1946, by a minister near Hermleigh, in the minister’s home. They set up housekeeping on a small farm near the Graham home place. In December 1946, their first child, Dwayne, was born. They moved into Loraine where their family grew, adding 4 girls, Brenda, Glenda, Debby and Dianne. Later the family moved a mile North of Loraine on the Hart place, where many special memories were made as the children grew up. She was a loving caring wife and mother and loved helping others. When the children were a little older, she made the decision to go to work at Root Memorial Hospital, driving back and forth from Loraine to Colorado City. To be closer to her work, the family moved to Colorado City in 1961. In 1972, after the 4 older children graduated from High School, Bobbie and Wanza, along with their youngest daughter, Dianne, moved back to Loraine. Back in Loraine, she worked for Dr. Bruce Johnson as his receptionist and joined the Loraine Extension Homemaker Club and enjoyed going to conventions with the ladies and had lots of Good Times. Wanza and Bobbie both retired in 1987 to enjoy traveling and being MawMaw and PawPaw to their 13 grandchildren. They were active in the Loraine Senior Citizens, where they celebrated their 50th Anniversary. After 68 years of marriage, Bobbie passed away, February 6, 2014. Wanza lived alone until after her 90th birthday, when she made the decision to move to the Mitchell County Nursing home in Colorado City, Texas, where she lived until her death. She is preceded in death by her parents; husband, Bobbie Ray Graham, brother, Sherman Ross; sisters, Maggie Butler, Mildred Martin, Vennie (Bill) Brown, Adell Brown Smith, Zelma Crenshaw, Myrtle Melton, and an infant sister. Also, an infant great-granddaughter, Felicity Turnage. She is survived by: 5 Children: Bobby Dwayne Graham (Patti), Brenda Linam, Glenda Hemphill (Mike), Debby Carlock (Tom) and Dianne Hughes (Willis) 13 grandchildren, Chad Harman (Crystal), Elizabeth Evans (Sean), Jennifer Turnage (Callan), Holly Dewbre (Michael), Cory Carlock (Michele); Cody Hughes (Amy); Jill Bixler, Kim Shipp (David), Jason Graham (Amy), Cade Carlock, Ley Hemphill (Larrah), Mindy Jones (Joe Bob), and Stefanie Haralson (Jon); 24 great grandchildren, and 1 great-great grandson. Pallbearers: Chad Harman, Cody Hughes, Jason Graham, Cade Carlock, Ley Hemphill and Callan Turnage. Visitation will be Sunday, May 8, 2022, from 6 - 8 pm at Kiker-Seale Funeral Home. Funeral services will be held at the First Baptist Church of Loraine on Monday, May 9, 2022 at 10 am, with Rev. Donald Ward officiating. Burial following in the Loraine Cemetery. Song Director Geory Martin Soloist: Debby Mitchell Soloist: Cade Carlock Pianist: Mary Margaret Cox Please consider, in lieu of flowers, making donations to: First Baptist Church of Loraine, Hendrick Hospice Care of Abilene, or to a charity of your choice. Those wishing are encouraged to share a memory by visiting www.kikerseale.com
See more See Less

In Memory Of Wanza Elline Graham