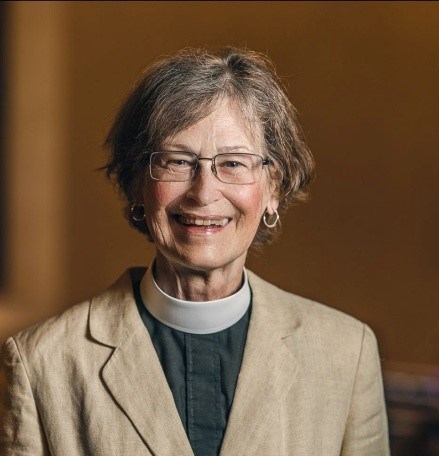 Carol Anne “Deedie” Morris Phillips Marshall died Monday, April 11, 2022 after a long and courageous struggle with cancer. The daughter of Carolyn Suzanne Ackerman and Ernest Vance Morris, Deedie was born in Orangeburg, SC March 4,1950. She attended public schools in Columbia and Orangeburg and graduated from Orangeburg High School in 1968. Deedie was a witness to the “Orangeburg Massacre” in February 1968 that left three Black students dead and scores of other injured. She received a BA degree in French Language and Culture from the University of SC in 1972 and a Master of Divinity from The School of Theology at Sewanee, TN in 1999. She was ordained a Deacon in the Episcopal Church in June 1999 and served several churches in the Columbia area as a Deacon before being ordained a Priest in October 2006. She was called as Priest-in Charge and then Rector of Christ Church, Lancaster in 2006. In 2009, she was called as Rector of the Episcopal Church of the Ascension in Seneca, a position she held until her retirement in 2019. After moving back to Columbia following her retirement, she was appointed Priest Associate at St. John’s Shandon, the church which sponsored her for ordination in 1993. She was pre-deceased by her husband, David Scott Phillips, who died in a hunting accident in 1993. She is survived by her husband, Prof. Bruce Marshall, her sons, Benjamin Arthur Phillips (Megan) of Easley, SC, and D. Scott Phillips, Jr. (Lauren) of Chattanooga, TN, and two granddaughters, Mary Handley and Annie Phillips. Deedie was active in Diocesan affairs and in the community both in Seneca and in Columbia. She introduced the Community of Hope, an Episcopal medical mission, in the Diocese; she was elected as a clergy representative of the Diocese of Upper South Carolina to the Sewanee Board of Trustees, and she was instrumental in organizing programs to feed disadvantaged people both at home and abroad. She was a member of the Sierra Club and had a long interest in environmental problems and was also active in advocating for civil rights and racial justice as a member of the NAACP. The Burial Office and Holy Communion will be celebrated at St. John’s Episcopal Church in Columbia, SC on Saturday, April 23, 2022 at 2:00 p.m. A reception will follow in the Barr Center. In lieu of flowers, memorial gifts may be sent to St. John’s Episcopal Church, 2827 Wheat Street, Columbia SC 29205 or Kanuga Conference Center, 130 Kanuga Chapel Drive, Hendersonville, NC 28739.
See more See Less

In Memory Of Carol Phillips Marshall