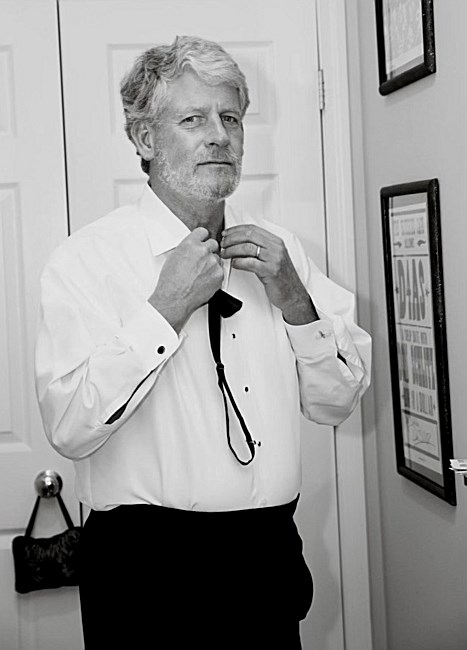 Curtis Everett Coleman, Jr., of Columbia, South Carolina, passed away peacefully on January 14th after a courageous battle with cancer. He was in the loving arms of his wife and children in his final moments. Curtis was born to Curtis Everett Coleman and Mamie Ford Coleman on March 5, 1953. He attended high school in Columbia at AC Flora, Class of 1971 and went on to further his education at Spartanburg Methodist College and Midlands Technical College. Curtis was also a lifelong member of Shandon Methodist Church. Upon returning to Columbia after college, Curtis met the love of his life, Virginia, in an Eckerd’s drugstore. They dated for six months, and the two were married at Ebenezer Lutheran Church on a beautiful spring day in April of 1977. This began their loving marriage, lasting forty-five years. He later began his career at SCANA (Dominion), contributing thirty-five-years to the company before his retirement in 2015. Curtis, fondly referred to as “Pop,” deeply valued his time with his family. He could often be found strolling and parading the grandchildren down the streets of Columbia, where he proudly showed them off to his neighbors and friends. He looked forward to the annual family beach trip and shared his love of fishing with his sons. He would often have adoring crowds gather as he reeled in his next catch. Curtis was passionate about reviving old pieces of furniture, and he often found and turned one person’s trash into his greatest new work of art. He had the ability to turn wood remnants into beautiful tables, filling so many homes with a piece of his heart. When he wasn’t working on a table or tending to his yard, you could find Curtis in the kitchen juggling two or more pressure cookers to fill the plates with delicious meals for his family and friends. He is survived by his wife, Frances Virginia Carroll Coleman; his son Curtis “Rett” Everett Coleman, III, Rett’s wife, Jessica “Jessie” Marzie Abney Coleman, their three children, Marzie Leila, Everett Banks and Evelyn Blaire of Aiken, SC; his son Richard Austin Coleman, Austin’s wife Michelle Krause Coleman and their daughter Margaret “Maggie” Reese of Charlotte, NC; his eldest sister, Catherine “Cathy” Coleman Knox and Cathy’s husband, Marion “Lex” Alexander Knox, Jr., of Columbia, SC; his twin sister, Carolyn Coleman Thomas, of Columbia, SC; his sister-in-law, Jerolyn Bruce Long Carroll of Savannah, GA; his brother-in-law, Jerry Franklin Wilkinson of Albany, NY and many loving nieces, nephews and cousins. He is predeceased by his parents; father-in-law, Walton Douglas Carroll; mother-in-law, Leila Margaret Dreher Carroll; brother-in-law, Walton Douglas Carroll, Jr.; and sister-in-law Margaret “Peggy” Dreher Carroll Wilkinson. A memorial service will be held at 2:00 p.m., Thursday January 19, 2023 at Shandon United Methodist Church, 3407 Devine Street, Columbia, SC 29205. The family will receive friends from 1:00pm to 2:00pm prior to the service at Shandon United Methodist Church. The family would like to send a heartfelt thank you to the many doctors and nurses tending to Curtis throughout his treatment including, but not limited to, Dr. Charles Butler, Ann, Ashley and Dusty at South Carolina Oncology Associates and the caring staff at Amedisys Hospice Care. In lieu of flowers, the family wishes memorial contributions be made to Carolina Wildlife Center or Shandon Methodist Church.
See more See Less