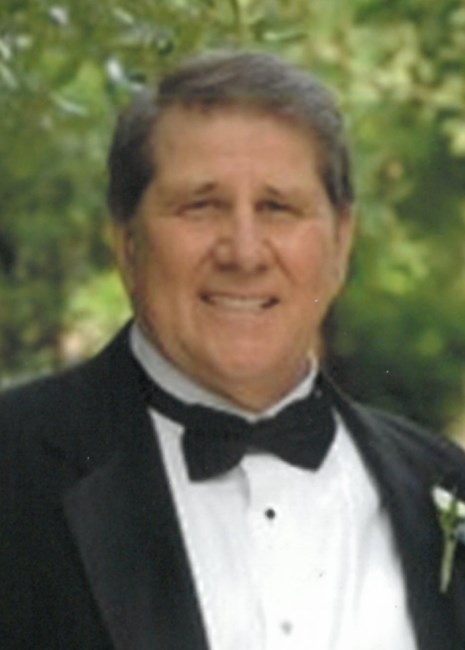 COLUMBIA - James “Jim” Carlisle Harrison, Jr., 79, beloved husband of Elizabeth Burch Harrison (Jimmilib), passed away peacefully at Lexington Medical Center on Friday, September 9, 2022, after contracting West Nile Virus three weeks earlier. Born in Columbia, South Carolina, on December 16, 1942, Jim was the son of the late James C. and Mae West Harrison of Columbia. He attended A.C. Moore Elementary School, Hand Middle School, and was a 1961 graduate of old Columbia High School. He pursued his education at the University of South Carolina, where he earned a Bachelor of Arts degree in English and was an officer in the Kappa Sigma Kappa honorary service fraternity, a member of the USC Student Senate, and a section editor of the USC “Garnet and Black” yearbook. He also served as a page in the South Carolina House of Representatives. Jim was a member of the USC Sigma Nu fraternity and its famous (or infamous) 1961 pledge class, which took to the field at that year’s Big Thursday Carolina Clemson game dressed as the Clemson football team and successfully pulled off what has been described as one of the best capers in all of college football, until the entire Clemson side of the stadium realized this was not their team, but a hoax. After graduating from USC in 1965, he entered the USC School of Law and graduated in the Class of 1968 with a Juris Doctor degree. While a law student, Jim was an active member of the Phi Delta Phi legal fraternity and national chairman of several committees of the American Bar Association Law Students Division. While in college, Jim had the good fortune to meet the love of his life, Jimmilib Burch, of Bamberg, South Carolina, and the good sense to propose to her, and they were married on April 13, 1968, at Trinity United Methodist Church in Bamberg. He subsequently joined the Federal Bureau of Investigation, and after a tour of duty, which took the newlyweds to Nebraska and California, they returned to Columbia for him to establish a law practice and for them to begin a family. His law career spanned over 60 years and included service as a Richland County Public Defender, Assistant South Carolina Attorney General, partner in the firm of Harrison & Pleicones, Columbia City Judge, and until his death, senior partner in the firm of Harrison, Radeker & Smith. He was admitted to practice in all courts of South Carolina, as well as the U.S. District Court for South Carolina, the Fourth Circuit Court of Appeals, and the U.S. Supreme Court. During his law practice, Jim was selected to become the full-time Richland County Master in Equity, and he served in that capacity as a judicial officer until he decided to return to the private practice of law. Jim grew up in First Baptist Church in Columbia, and after his marriage and subsequent return to Columbia, he became a member of Trenholm Road United Methodist Church and later Shandon United Methodist Church. He taught Sunday School for many years and served with the General Board of Church and Society of the United Methodist Church. Throughout his life, Jim was the pillar of his family and a friend to all he met. He frequently sought out to serve on boards, commissions and special positions, always willing to lend a helping hand no matter the task and always mindful of the needs of others. He had a fierce sense of justice and fervent desire to give back to his community. He was a captivating storyteller, a lover of nature and the outdoors, and was most content when he was fly fishing with his buddies in the rivers and lakes of Montana and North Carolina. In addition to his wife, Jim is survived by his son, James Carlisle Harrison, III (Meg) of Columbia; and daughters, Elizabeth Lawrence Harrison of Missoula, Montana, and Elena Ladygina Reynholds (Greg) of Rumson, New Jersey; and grandchildren, Maggie Harrison, Burch Harrison, Knox Reynholds and Walker Reynholds. In addition, he leaves his sisters, Elaine Harrison Gamble, Patricia Harrison Campbell (Ray), and Carol Harrison Bodie (Wayne), and many nieces and nephews. The family would like to extend their appreciation to the Medical ICU at Lexington Medical Center for their incredible care and support. Visitation with the family will be Tuesday, September 13, 2022, from 5:00 to 7:00 p.m. at Dunbar Funeral Home, Devine Street Chapel in Columbia. A funeral service will be held at 2:00 p.m. Wednesday, September 14, 2022, at Shandon United Methodist Church in Columbia. Private interment in Elmwood Cemetery in Columbia will precede the funeral. Memorials may be made to the American Heart Association, 190 Knox Abbott Dr # 301, Cayce, SC 29033, Shandon United Methodist Church, 3407 Devine St, Columbia, SC 29205, or Oliver Gospel Mission, 1100 Taylor St, Columbia, SC 29201.
See more See Less