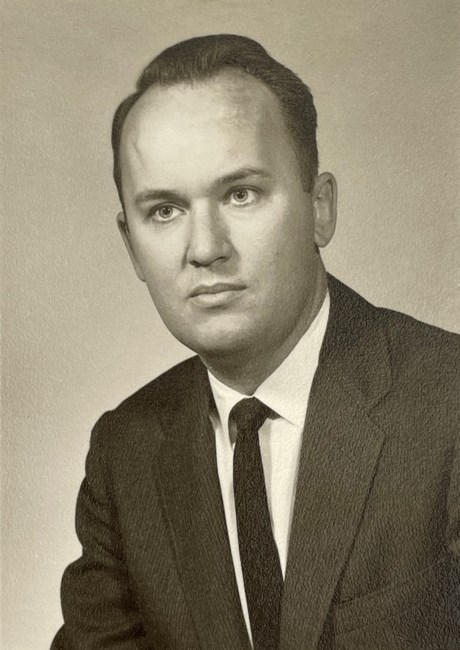 COLUMBIA – A private burial for William "Bill" Hubert Nixon, 94, will be held in Monroe, NC. Mr. Nixon died Tuesday, August 9, 2022. Born July 23, 1928, in Charlotte, NC, he was the son of the late Neil William Nixon and Ray C. Nixon. A graduate of Central High School, Charlotte, NC, he furthered his education at the University of North Carolina, Chapel Hill, earning his Degree in Commerce in 1950. Entering into his first job as a loan officer with Wachovia Bank based out of Asheville, NC, he also served as a Captain in the NC National Guard, from 1950 to 1962. Later he moved to Greensboro, NC with FHA (Federal Housing Administration) to cover the entire state of NC in Mortgage Credit. Mr. Nixon was responsible for developing the program to alleviate the backlog of single family mortgages, shortening the time span from two months to three days. From his accomplishment, he was hired by the Federal Government and sent across the country to train and implement this new program. In 1965, he became Chief of Mortgage Credit for FHA, moving to Washington, DC. Mr. Nixon advanced to Assistant for the Commissioner for technical and credit standards for HUD, where he became involved in the entire HUD program. Moving to Columbia in 1971, he became Chief of Operations for HUD covering the entire state of SC. He retired from his career in 1992. Mr. Nixon will long be remembered as an avid golfer, acquiring numerous trophies, bridge player, and dog lover. Mr. Nixon was a member of Trinity Episcopal Cathedral. He was predeceased by his wife Joy Benton Welsh Nixon, and brother Richard Ray Nixon. Surviving is his daughter, Sherry Benton Nixon. Memorials may be made to Humane Society South Carolina 405 Greenlawn Drive Columbia, SC 29209, phone: (803) 783-1267 or Harvest Hope Food Bank 2220 Shop Road Columbia, SC 29201, phone: (803) 254-4432. Dunbar Funeral Home, Devine Street Chapel, is assisting the family. Memories may be shared at www.dunbarfunerals.com.
See more See Less