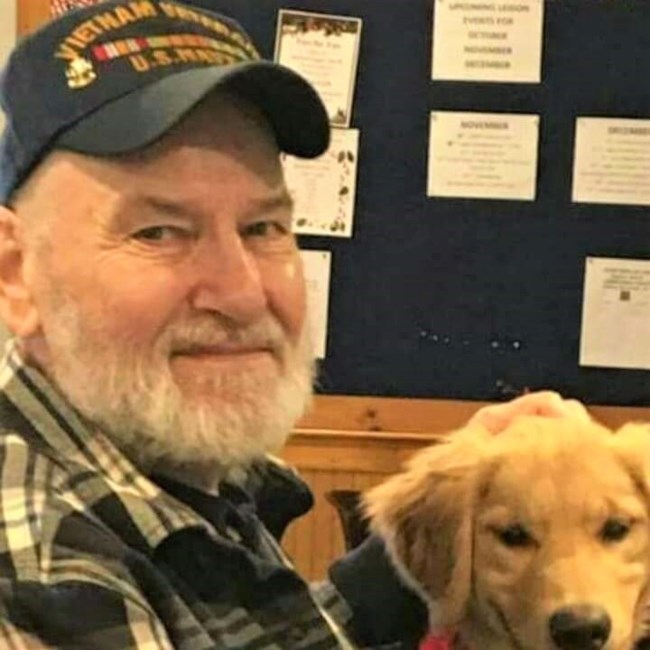 Weare- Alan “Doc” Johnson, of Weare, died on Friday, July 29, 2022 at Granite VNA and Hospice House in Concord after a long illness. Alan was born on January 20, 1949 in Weymouth, MA the son of Lars and Doris (Kincaid) Johnson. He was predeceased by both parents. Alan is survived by his wife, Susan Johnson, son Keith Johnson and daughter Lynn Johnson-Clapp, both of New Jersey, Sister Karen and husband Kenneth Diamond, of Topsfield, Mass, nieces and nephews. Alan was an active member of the DeMolay fraternal organization and earned the Degree of Chevalier. Alan attended Northeastern University until he felt duty-bound to join the Navy during the Vietnam War, where he proudly served as a corpsman on the hospital ship USS Repose and later on the USS Furse. Upon his return, he earned an Associate’s Degree in Respiratory Therapy, and worked a number of years for South Shore Hospital, while also serving in the US Army Reserve. Alan returned to the Navy for several years, and later worked as mail carrier for the United States Postal Service, while continuing in the Naval Reserve until his retirement as a Chief Petty Officer. Alan enjoyed playing golf and fishing, but he liked nothing better than spending time with his buddies and enjoying a cold one. A Chapel Service will be held on Friday, August 5, 2022 at 9:00am at New Hampshire Veteran’s Cemetery, 110 Daniel Webster Highway, Boscawen, NH. Alan’s family wishes to thank the angels at the hospice house for the wonderful care they provided. In lieu of flowers, donations can be made to the Granite VNA Hospice House or the Veteran’s Cemetery in Boscawen, NH. Arrangements have been entrusted to Bennett Funeral Home of Concord, NH. Fond memories and expressions of sympathy may be shared at www.bennettfuneral.com.
See more See Less