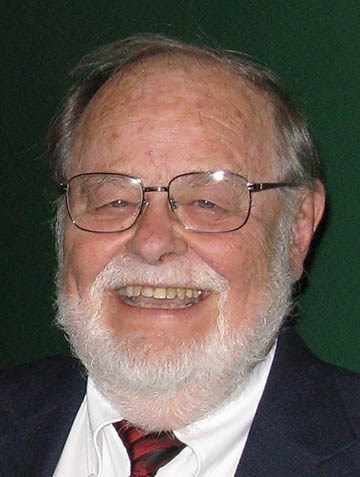 Homer D. Chalifoux, 88, died Thursday, Sept. 8, 2022, at the Health Center at Havenwood Heritage Heights after a brief illness. He was born on Jan. 9, 1934, in Worcester, Mass. He attended high school in Worcester then enlisted in the U.S. Air Force as an aircraft electrician. After serving in the Air Force, he graduated from the University of Massachusetts Amherst as an electrical engineer with the goal of developing, monitoring, and modernizing medical equipment. He began his career as a biomedical engineer at the National Institutes of Health in Bethesda, Md., developing an improved dialysis machine. He continued in that field after moving to Somers and New Hartford, Conn., and Sterling, Mass., finally settling in Durham, N.H., for 39 years. In their retirement, Homer and his wife, Judy, moved to Havenwood Heritage Heights in Concord, N.H. Homer’s interest in plays began with the “Reading Aloud” program of the Active Retirement Association in Durham. That interest continued as he became an enthusiastic participant in plays at Havenwood Heritage Heights. His favorite role was in “Who’s on First?” He enjoyed learning through Elderhostels and attended approximately 20 throughout the United States, Canada, France and Italy. During the pandemic, he was grateful for the classes presented on Zoom through Havenwood Heritage Heights. Homer loved classical music, reading, photography and gardening – especially flowers. His favorite subjects to photograph were his flowers and family members. He also liked to make people laugh. He leaves his wife of 59 years, Judy (Forsberg) Chalifoux, his son Steve and daughter-in-law Jayme, daughter Susan and son-in-law Doug Ireland, his grandchildren Wesley Chalifoux and Alex and Erika Ireland, his sister Bertha Desourdis, his sister-in-law Susan (Forsberg) Rand and her husband Bernie, and a niece, six nephews and their families. He also left many very dear friends, some of with whom he enjoyed discussing religion, ethics and politics. If you wish, in lieu of flowers you may send a donation in his memory to your favorite humanitarian charity or to one of Homer’s favorite charities: The Salvation Army, Doctors Without Borders, or The Nature Conservancy. There will be a private family service and a service for the residents of Havenwood. Details are forthcoming. Care and services have been entrusted to Bennett Funeral Home.
See more See Less

In Memory Of Homer Donald Chalifoux