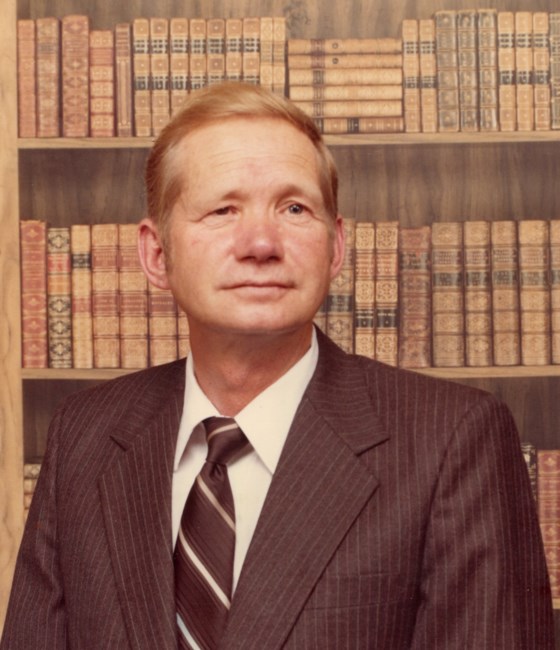 Gifton Dean Underwood, beloved husband of Marilyn J. Underwood, was received by his Lord, April 11, 2021 at the age of 85. This Christian man was born on the 19th of January,1936 to Luther and Geraldine Underwood in Lampasas, Texas. Gifton and Marilyn J. Suderman Underwood were the first couple to be married at Lord of Life Lutheran Church in the Woodlands, Texas. It was their great joy to celebrate their 50th wedding anniversary jointly with the fifty-year Jubilee of Lord of Life last year. He is survived by his wife Marilyn J Underwood, Jaime (Stephen) Franklin (Daughter) of Spring. Grandchildren: Kyle (Leslie) Franklin of Spring, Emily (Chris) Hosler of Conroe and Aubree (Great Granddaughter). Bobby (Mary) Underwood (Brother) of Temple, Tx, Jean Ann (Mike) Rucker of Salado, Tx., Carolyn (Don) Latham of Temple, in addition to many nieces and nephews. Preceded in death Luther (Geraldine) Underwood (Parents), Donny Underwood (Brother) Gifton graduated from Academy High School and was honored with a scholarship to Texas A&M. He only knew about Texas A&M through his Ag teacher. He was the first man in the family to attend and graduate from a university. His educational accomplishments were many. He graduated from Texas A&M, class of ‘59. He received two National Science Grants to: East Texas State University, Masters ’64. Purdue University ’65. He received his Superintendent’s Certificate from Texas A&M, class ‘74. He was an Aggie through and through, with season tickets for football games every year for most of his life. After his six months his military obligation was fulfilled, he was a Counselor for the Salesman Club Boy’s Camp, next becoming a teacher and principal for Royse City ISD. Royse City changed Superintendents, so he went on to Princeton to teach for two years. While teaching at Princeton, (he would get a great laugh for people thinking he taught at Princeton Univ). The Superintendent of MISD hired Gifton for the chemistry and physics position. This was with the promise of becoming the junior high principal the following year. During his first year, there was high turnover of the top officials. Gifton was hired for the next year’s high school principal, during that year the superintendent’s position came open and he was chosen out of the 44 applicants. The longest serving Superintendent of MISD, a position he held for 20 years. Gifton was constantly fulfilling his bucket list. He loved to fish and owned 2 boats. Learned to fly after age 35. Flying was a complete joy, he owned a Cessna 182 airplane and they traveled everywhere. He like to hunt game and birds as well. His retirement years were devoted to his grandchildren and great granddaughter. Another retirement activity included dominoes with Marilyn and was usually a daily occurrence. Funeral visitation will be held on Tuesday April 20, 2021 at 3:00 pm at Lord of Life Lutheran Church Social Hall, 3801 S. Panther Creek Dr. The Woodlands, TX 77381, followed by a funeral service at 4:00 pm in the sanctuary at Lord of Life. Livestream service can be accessed at lolonline.org In lieu of flowers the family suggests a donation may be made in Gifton’s name to either: Cal Farley Boys Ranch (https://www.calfarley.org/) or Lord of Life Lutheran Church/Kids of the Kingdom Preschool. Fond memories and expressions of sympathy may be shared with the Underwood family by clicking the "Add a Memory" tab.
See more See Less

In Memory Of Gifton Dean Underwood