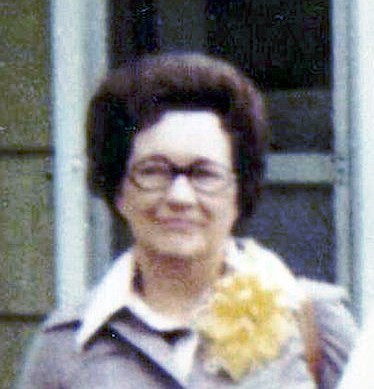 Mildred Marie Davis Vick, aged 94, passed away Wednesday, January 11th in The Woodlands, Texas. Mildred Vick is preceded in death by her husband Bennie Ray Vick, by her parents Jesse Mitchell Davis and Ruth Inez Davis, and by all her siblings. She leaves behind her son and daughter, Mitchell Vick and Gay Nell Hogue, a son in law, Joe Hogue, 5 grandchildren, Matthew Hogue, Casey Hogue, Robin Vick and wife Chrissy, Hannah Vick, and Laura Dougherty and husband Clay, as well as four great grandchildren, Alexandra Hogue (9), Erin Dougherty (5), Millie Vick (3), and Murray Vick (2). Mildred was born 6th April, 1922 in Dallas, Texas, the daughter of Jesse and Ruth Davis, She was the fifth child and first daughter in a family of 8 children. Her childhood was not easy, growing up in the borderline poverty of 1920’s Dallas, losing her mother and 3 of her siblings in childhood, and shuttling at times between her dad’s home in Dallas and her aunt’s home in Humble. She and her younger sister Peggy were adept at riding trains between Dallas and Houston, helped by the free travel available to the children of railroad employees. In 1940 she met Bennie Vick, a young man working at the time for Brown and Root in Baytown but about to start work for the Post Office in Conroe. The couple married on October 13th, 1940 and moved to Conroe, where Bennie got a job with the Post Office and made that his career. Like so many people from that time, World War Two intervened, and Bennie was drafted into the US Army. For a while they coped with the separation, and Mildred traveled on occasion to be near Bennie when he was stationed at Hattiesburg, Mississippi and even in Pennsylvania. When Bennie was sent to Europe, Mildred waited in Dallas, living with her dad and working for the T&P railroad as a clerk. When Bennie returned safely in 1946, they came back to Conroe and settled again into life with the Post Office, eventually buying a house south of town. Their son Mitchell was born in January 1953, and Gay Nell came along in September 1954. The family moved to a new house on Browder Street in 1957, which was Mildred’s home until she entered the nursing home in 2008. Over the years she made that home a welcoming place for all who came there. Mildred and Bennie committed their lives to Christ in April, 1962 and were baptized at the Conroe Church of Christ by Bro. B. C. McCarly during a gospel meeting with Joe Barnett. They worshiped with and served Christ as part of that congregation until Bennie’s death in 1980. Mildred continued to be a faithful Christian and attended faithfully until declining health made her participation impossible. Mildred Vick will be interred at Conroe Memorial Park on Wednesday, 18th January, at, 2 pm. The family would like to pay special tribute to the staff of Regent Care Center, Gosling Road, The Woodlands, who cared for Mildred’s needs since 2008.
See more See Less

In Memory Of Mildred Marie Vick