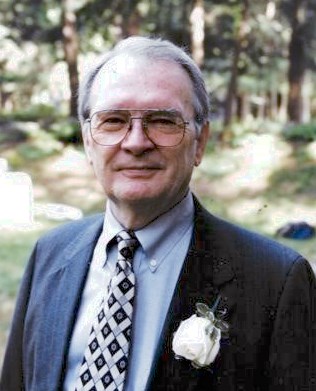 Richard Lee “Dick” Carson, devoted father, loving husband, and successful entrepreneur, passed away on Tuesday the third of May 2022. Dick was born on the second of June 1934 in Sharon, Pennsylvania, and grew up in Oklahoma City and Shreveport, Louisiana, before serving in the US Army in Fort Bliss in El Paso, Texas. After his service he pursued a successful sales career in the oil and gas field equipment business, eventually becoming head of sales for McCord Corporation of Solon, Ohio before deciding to strike out on his own. In the early 1970s Dick and his family relocated to Midland/Odessa and then to Houston Texas, where he founded and led several firms— Progressive Equipment Incorporated, CGL, Mega Industries, and Premier Lubrication Systems— all of which went on to become leaders in the market for oil and gas field lubrication equipment. His work and his family were his passions, and he was known and respected by his family and employees alike as a dedicated, kind, compassionate, and exceedingly fair man. In 2010 Dick sold his companies and retired to spend more time with his family. He was preceded in death by his parents Louis Hood and Geraldine Creola (Frye) Carson. Dick is survived by his loving wife of 32 years and long-time partner in life and business Mary Ann Carson and her children Harold Dean Palmer, Alan Craig Palmer (and wife Marie Corazon Palmer), and Billie Jo Reedy. In addition, he is survived by his first wife Ann Hickox Carson and their three children, Richard Louis Carson (and husband Jack Donahue), Michael Sawyer Carson (and husband Jack Pruitt), and Christopher Scott Carson (and wife Sandra Wind-Carson). Dick was a devoted and loving grandfather to Eileen Marisol Palmer, Alexis Jacqueline Palmer, Isabel Marie Palmer, Bailey Aaron Reedy, Madison Grace Reedy, Emma Rose Carson, Mente Lisa Carson, and Maya Sibelle Carson. He is also survived by his aunt, Jean Daugherty, and numerous cousins, nieces and nephews. Donations in his memory can be sent to Faith Fighting for Cancer (P.O. Box 445, Conroe, TX 77305) or Michael J. Fox Foundation for Parkinson’s Research (www.michaeljfox.org).
See more See Less

In Memory Of Richard Lee Carson