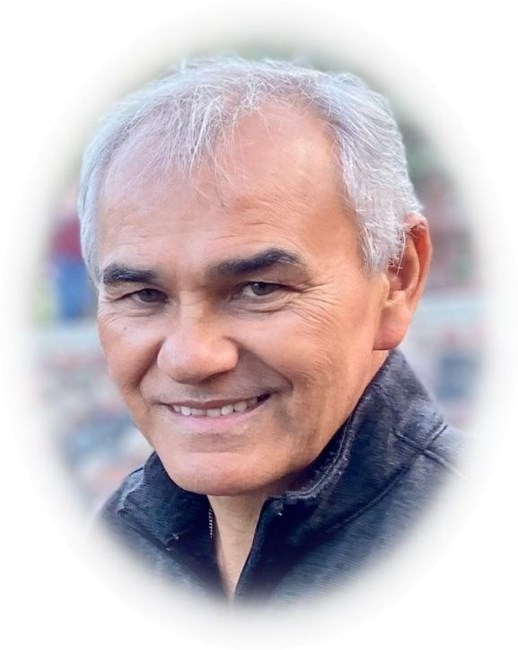 Juan Carlos Aleman peacefully passed away Tuesday, September 14th at 1:26 am in Pompano Beach, FL at the age of 60 years. Heaven welcomed him as he was singing and praising God. After fighting cancer like a champion, he gave his last breath surrounded by friends and family while being held by his four loving sons Juan Andres, Simon, Alexis, and Tomas and his beautiful wife Lisbeth. Juan Carlos was born June 24th of 1962 in a small country town called Mene de Mauroa close to one of Venezuela’s biggest cities, Maracaibo. His parents, Maria Magdalena and Carlos Jose, owned a gas station and provided a humble lifestyle for him and his 6 siblings. As a middle child, Juan Carlos made sure to always be available for his three brothers and three sisters and established deep bonds with them that lasted until the end. Through a presidential scholarship, he moved to Atlanta, GA to begin his college career. There Juan Carlos met Lisbeth Gonzalez, the love of his life, in 1982. He then graduated from the University of Tennessee in 1985 with an Electrical Engineering degree. After that, he moved to Caracas, Venezuela to work for one of the largest oil companies in the country, married Lisbeth in 1991, and had his first son. As they were looking to expand the family in the suburbs, they moved to Barquisimeto, Venezuela and had 3 more sons. There they were much closer to family and became owners of a computer sales and repair business. In November of 2008, Juan Carlos and his wife decided to relocate their family from Venezuela to the United States seeking freedom, a better future for their children, and escaping the grasps of dictatorship. They reconnected with old friends that lived in Coral Springs, FL and decided to call it their new home. As soon as the family was established, they began attending mass at Saint Elizabeth Ann Seton Catholic Church where the became active members of the Couples for Christ Ministry and our church family. Together, they focused on raising families grounded in Christian values, in the service and love of God. After working a variety of jobs such as, serving and cleaning, Juan Carlos eventually started his own transportation business. He worked long hours in harsh environments, without complaining, to put food on the table and provide his family with a better future. His life took a hard turn on April 25th of 2018 when he suffered a massive stroke that left him paralyzed. He and his family firmly put their faith in God and worked very hard for him to be able to walk, talk, and live an independent life. The prayers and support of the Couples for Christ Ministry and the church community were a very important part of his recovery and it continue to be a support for his family. Juan Carlos was thankful for his life daily and enjoyed the small moments, which he called blessings, such as the freedom to walk and tell his children that he loved them. He lived 5 more amazing years next to his friends and family and gave a testimony that guided people towards God’s grace to the very end. His unrelenting faith in God and his will to spread positivity made him very admired and loved by all those who crossed his path. Juan Carlos showed that life was worth living and that through faith, hard work, and patience anything is possible. Heaven rejoices as it opens its doors to Juan Carlos with an entrance worthy of a good and faithful servant. We will all miss you Juan Carlos and your legacy will live on in our hearts for the rest of our days. A visitation will be held on Friday, September 23rd at Kraeer Funeral Home in Coral Springs FL from 2 pm to 6 pm Followed by a Funeral Mass at St. Andrews Catholic Church at 7 pm. Per Juan Carlos' request, his ashes will be placed at Our Lady Queen of Heaven Cemetery at a later date. Please join us to celebrate a life that served as a guiding light for many. Attire: In memory of Juan Carlos, his family would be wearing light colored clothing. You are invited to dress in light colors as well. Fond memories and expressions of sympathy may be shared at www.kraeercoralsprings.com for the Aleman Navarro family.
See more See Less