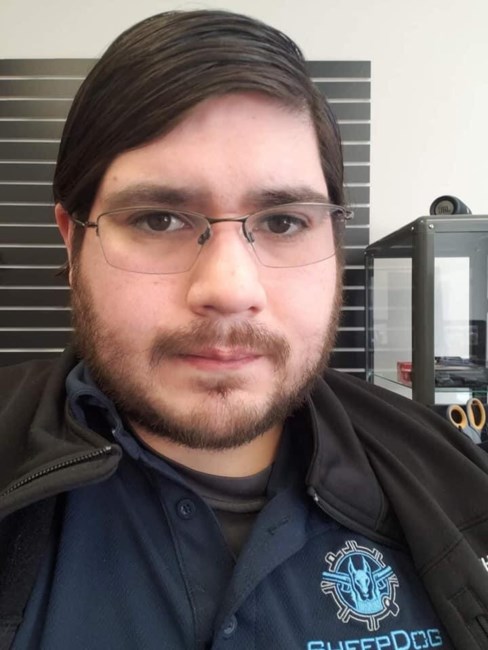 With deepest sorrow we announce that Benjamin Martinez (Ben), age 36, our most beloved son, brother, family member and friend passed suddenly on Friday, January 21, 2022. Benjamin graduated from Purdue University with a degree in Computer Science. However, his interest in firearms was rooted in his early appreciation for history, and peaked with his position working in the firearms department of the local sporting goods store. With this new direction, Benjamin was the driving force behind the creation of Sheepdog Armory. With his father by his side, they worked diligently to cultivate the family business. His favorite past time was talking “shop” at the store with his customers. Benjamin prided himself in his customer service and providing a personable experience with the goal of always exceeding their expectations. As a gun enthusiast, he was also an avid marksman and loved to spend time at the range with close friends. Benjamin cared about people in the purest way, especially his family. He was a loving son and an amazing little brother. His childhood was filled with very fond memories of his extended family, this was commonplace. Spending time with cousins, aunts, uncles, and grandparents was always a time of celebration. The cousins were inseparable during the summertime and got into their fair share of mischief together, too. As a young man, Benjamin channeled that energy and enthusiasm to his nephew, Lucas. They would have the most amazing adventures with trains, dinosaurs, LEGOs, and video games. Benjamin did not have children, but was a dog lover. For those who knew Benjamin or visited the shop, they would be familiar with his constant companion and beloved German Shepherd, Blitz. Benjamin was a sports enthusiast and a lifelong fan of all the Chicago-area professional sports teams, the Bears first among them. Benjamin also loved everything Marvel. He was always the first person to see that new action movie at the midnight showing, and then would patiently wait for you so you could both talk about the movie spoilers, post-credit scenes, and possibilities with the next movie in the series. Benjamin was also an avid video gamer. Those who knew Benjamin, even just a little, lost a shining light in their lives. Benjamin is survived by his father, Benjamin Martinez and his mother, Rosa Martinez; his sister, Tania Arguello (Jason); and his nephew, Lucas. Benjamin was preceded in death by his paternal grandparents, Gonzalo & Petra Martinez; and his maternal grandparents, Ruperto and Fidencia Hernandez. A Public Visitation for Benjamin will be held Saturday, February 5, 2022 from 11:00 AM to 1:00 PM at Chapel Lawn Funeral Home, 8178 Cline Avenue, Crown Point, IN 46307, followed by a Funeral Service at 1:00 PM. Benjamin will be laid to rest at Chapel Lawn Memorial Gardens Cemetery, 8178 Cline Avenue, Crown Point, IN 46307, immediately following the Funeral Service. Fond memories and expressions of sympathy may be shared at www.ChapelLawnFunerals.com for the Martinez family.
See more See Less

In Memory Of Benjamin James Martinez