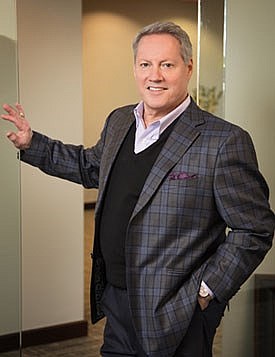 Brent Dean Earles (1/21/1957-1/25/2022) died Tuesday after a month-long battle with COVID at Carrollton Regional Medical Center. Brent was a Christian and accepted Christ as a teenager, spending many years in the ministry. He went on to a very successful business career and was a dedicated father and husband. He was an inspirational force of nature, loved and respected by many, generous and compassionate to the end. In lieu of flowers, we ask that you please be willing to record a 30-60 second video of how Brent impacted your life. These videos may be displayed as part of his memorial service and will be an ongoing source of inspiration to his loved ones. If you would like to submit a video that you would not like displayed publicly, those wishes will be honored without exception. Please send to Jared (jdearles@gmail.com) or Jane (charayah@verizon.net). We have also created a “Brent Earles Legacy Fund” at Heartland Church. Brent wanted the message of the love of Christ to be available to all people. He believed his Pastor, Dusty Dean communicates this message with compassion and grace. He wanted to make this available for all to hear. This link will allow you to make a donation in his name. https://tinyurl.com/2p84hr6y You may also donate by check at the memorial service or by mailing it to the church and writing “Brent Earles Memorial Fund” in the memo section. Brent was born in Fayette, MO, first born son of Paul and Joyce Earles and lived in Booneville, MO for his early childhood before moving to Liberty, MO where his father still resides. He attended Liberty High School where he graduated with honors and was chosen to give the graduation speech. He was a star athlete in both football and baseball, before injuring both knees. He was an award-winning writer and photographer for the high school newspaper and helped develop and contribute to an iconoclastic student magazine called The Maneater. In addition to undergraduate studies at Missouri University and a B.A. in Theology from Calvary Seminary, Brent also has completed post-graduate studies in programs by Northwestern University and SMU’s Cox School of Business. Brent was an author, collaborator, and ghost writer on dozens of books including The Graduates Series highlighted by Proverbs for Graduates which won the prestigious Gold Medallion Award and sold over 1 million copies. As a young man, he was the pastor of Countryside Baptist Church in Wellsville, KS before accepting the position of Senior Pastor at Open Door Baptist Church in Kansas City, KS. During that time he hosted the most listened to drive time Christian radio broadcast in Kansas City and spearheaded the unification of Kansas City Christian schools. In 1989 Brent left the pastorate to become an early employee of Cerner Corporation, now a $27 billion leader in the healthcare technology industry. During his time at Cerner he was instrumental in the company’s IPO and in negotiating the company’s first deals with Mayo Clinic, Johns Hopkins, Dartmouth, and many other of the country’s most renowned hospital systems. Brent then became the head of the multi-billion dollar Sprint Business division and moved to Dallas in 1995. He led brand development for Sprint’s $5B business division, he pioneered e-commerce strategies for the company, including the launch of the original Sprint.com. He oversaw major national media campaigns that included celebrities and Hall of Fame NFL coaches and players. He was also instrumental in opening Sprint’s first mobile phone store. He earned the distinguished Diamond award for his compassionate management style and his outstanding leadership abilities. As the Vice President of Strategy & Client Services for an Omnicom-owned company, Brent was a pioneer of the internet, launching sites for global brands such as British Airways, Jordan’s Jump Man 23, and many more. He worked as a C-level strategy consultant for 3M, H&R Block, and World Wildlife Fund, where he consulted with members of Congress including Al Gore on some of the first legislation to address global warming. In 2008, Brent joined with his longtime friend and colleague Fred McCallister to form a business partnership as investment bankers that would last the remainder of his life. First at Allegiance Capital, and then in 2017 forming their own company, Caddo Lake Capital, Brent closed M&A transactions of more than $1.5 billion in aggregate value and received numerous national and local awards, including multiple National Healthcare Deal of the Year awards, National Private Equity Growth Deal of the Year, and most dearly to him 2016 National Dealmaker of the Year. He was a lifelong athlete as a skier, golfer, football, baseball, and softball player. He was also an avid sports fan with lifelong support of the Chicago Bears, Kansas City Chiefs, University of Texas Longhorns, Texas Rangers, and Los Angeles Dodgers. He loved visiting Maroon Bells in Aspen, CO and long walks with his beloved dogs Neiko and Gabriel. He is survived by his wife of 43 years, Jane, son Jared and wife Jeanette, and grandson Logan; as well as his father Paul, sister Dana Hull, nieces Taylor Sherrell, Scarlett Keim, Jentry Hull, and nephew Roman Hull, and grand nieces and nephews. He joins his grandfather Eugene Thomas, mother Joyce, daughter Sara, and beloved pets Honey, Baron, Picasso, Gabriel, Angel, and Neiko in Heaven. His family is grateful to the doctors, nurses, and respiratory team members at Carrollton Regional Medical Center as they all fought together for his life. They are an amazing medical team that became family as we worked together showing love and respect for Brent. A visitation will be held at Ted Dickey West Funeral Home, 7990 President George Bush, Turnpike, Dallas, TX 75252 on Wednesday, February 2 from 4pm - 7pm.There will be a memorial service on Friday, February 4 at 11am at Heartland Church, 4020 Nazarene Drive, Carrollton, TX 75010. Repast will follow. To join the livestream of the Memorial Service use the link below: http://theheartlandchurch.com/hcvideo
See more See Less

In Memory Of Brent Dean Earles