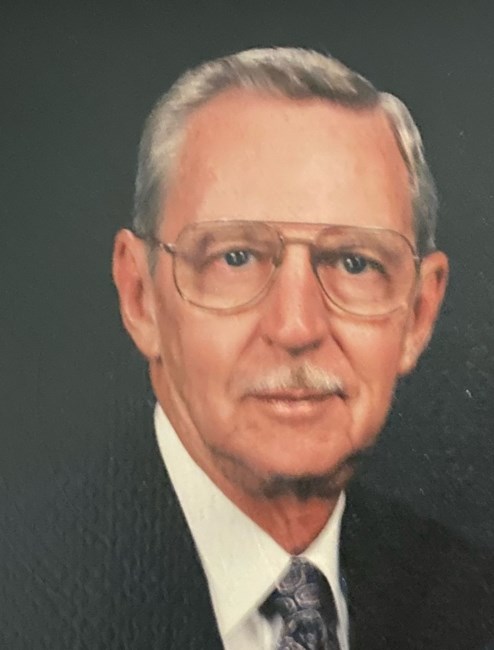 Jesse Malcolm Pickett Jr. passed away in Dallas, Texas on February 13, 2022. He was born August 3, 1925, in Springfield, Illinois, to the late Malcolm and Ann Pickett. Graduating as Valedictorian from Rochester High School, Rochester, IL, in 1943, he was accepted into the Navy V-12 Program on July 1, 1943 at Illinois Institute of Technology, Chicago, IL, and transferred to the University of Illinois, Urbana, IL in 1944, where he graduated “with Honors” with a B.S. in Civil Engineering on February 1, 1946. He was initiated into Tau Beta Pi, Sigma Tau, Chi Epsilon, and Sigma Xi (all are Honorary Fraternities). He was commissioned an Ensign and transferred to the Philadelphia Navy Yard for training in decommissioning Attack Destroyer Escorts. He reported to Green Cove Springs, FL for such duty on the St. John’s River. Completing that assignment, he was Released from Active Duty at the Officer’s Separation Center, Great Lakes, IL on July 31, 1946. In September, 1946, he accepted a position as Special Research Graduate Assistant at the University of Illinois, and graduated with a Master of Science in Engineering in October, 1947. He the accepted a position of Special Project Engineer at the Alcoa Research Laboratories in New Kensington, PA. Recalled to Active Duty in April 1951, Lieutenant Pickett was ordered to the U.S Naval Mine Warfare School, Yorktown, VA, for three months, after which he was ordered to the U.S.S. Dextrous (AM-341), as Executive Officer of the Minesweeper, patrolling and sweeping mines off the North Korean Coast, above the 38th degree Parallel. Often under fire from Korean Shore Batteries, which hit her three times, with crew casualties, the Dextrous captured two sampans and five prisoners-of-war. Returning to Long Beach, CA, he was Released from Active Duty in December, 1952. Returning to work at Alcoa, first as a Sales Development Engineer in New Kensington, PA, and later as Manager of Building Product Sales for the Three-Eye states, with offices in Chicago, and residence in Northbrook, IL. Leaving Alcoa in 1959, he joined Rippel Architectural Metals in Chicago as President. When Rippel was sold to a “Hedge Fund” in 1975, he became Executive Vice President of Southwest Steel Fabricators, with plants in Kansas City and Pittsburg, KS. Then, in 1977, he moved to Albany, NY area to become Executive Vice President of General Steel Fabricators, Inc., and Erection Northeast, Inc. Retiring in 1990, he and his wife Martha, moved to the Venice (FL) Golf and Country Club community, where he was elected the Organizing President. In 2004, he and Martha moved to Palmer Ranch in Sarasota, FL. After her death in 2012 (ending 63 years of marriage), Jesse moved to the Highland Springs retirement community in Dallas. Active in his industry, he is a Past President of the Iron League of Chicago, Past President of Northeastern Subcontractors Association, Past President of American Subcontractors Association (Washington, D.C.), and Past President of ASA Foundation (Washington, D.C.). He was nominated for ‘Contractor of the Year’ award in 1988, by Engineering News-Record. Appointed by his Congressman, he was a Delegate to the White House Conference on Small Business in 1986, and received ASA’s John H. Hampshire Award in 1989. He served as Elder, Trustee, and Deacon in several Presbyterian Churches. Jesse was a Master Mason, and member of Hella Shrine in Garland. He is survived by his son Charles and his wife Kim, granddaughter Whitney, granddaughter Sydney Pickett and her partner Dallas Nicholas, and daughter Nancy and her husband William Bean, grandson Brandon Bean and his wife Jeslynn and great-granddaughter Baylor Rose, and grandson Justin Bean. Also, his sister Mary Lou Brown of Indianapolis, IN, and brother William of Rochester, IL, along with their families. Visitation and Services will be held on March 7, 2022 at 9:30 AM at Ted Dickey West Funeral Home in Dallas, TX. Interment (including Martha’s ashes) will be at the DFW National Cemetery, with full Military Honors.
See more See Less