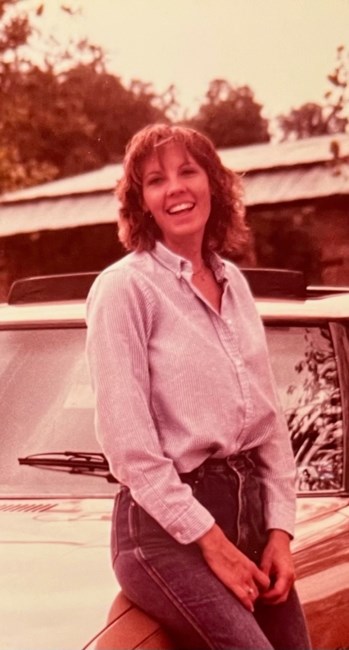 LaNell Liese Helms passed away at home amid family on January 18 after more than a decade long battle with neural disease. She was 64 years old. LaNell was born in Austin, Texas and lived in Kansas City and Lincolnshire, Illinois in her early years. The family ultimately settled in Arlington, Texas where she graduated from Bowie High School. LaNell discovered an interest in computers while attending Stephen F. Austin State University. She graduated in 1981 with a BS in Computer Science and worked as a professional programmer for multiple companies over 20+ years until unable to so due to her illness. LaNell met Richard Talmage (Dick) Helms, Jr in 1983 and they married a year later. She and Dick raised two daughters and she created a happy home; balancing work, dance classes, soccer games, church, Girl Scout leadership, and being a wonderful wife. She loved to play tennis and she loved football, as all Texans do. Although she was a Stephen F. Austin alumna, the Aggie Spirit, passed down through her father, lived on in her. She shared that spirit with her daughters, who both graduated from Texas A&M. She loved cheering on the Ags during football season; she was a firm believer that the team didn't lose, they just ran out of time. LaNell loved the beach, sailing, decorating her home for every holiday, Jimmy Buffet music, and her big Liese and Chafin families. Visiting with her family was a favorite activity and she kept in touch with them her whole life. She had 22 aunts and uncles and an impressive number of first cousins spread over Texas and nearby states. She was something of a family historian and loved to share her memories. LaNell displayed incredible bravery and positivity despite her illness prognosis. Throughout the progression of the disease she never complained, was cheerful with everyone she met, and fought to have as much time as possible with her family. She was loved by all she knew. LaNell is survived by her husband of 39 years, Richard, daughter Julia Helms Crowdis and husband Creston Crowdis, daughter Kathryn Helms Sanders and husband William Sanders, grandchildren Carter and Caroline Crowdis, sister Karol Whittaker and husband Danny, brother Kurt Liese and wife Gene Ann, sister Kristi Haight and husband Peter, and many nieces and nephews. LaNell was preceded in death by her parents, Ralph Franklin Liese and Mary Lou Chafin Liese, who she loved dearly. A memorial service will be held at Canyon Creek Presbyterian Church in Richardson on Saturday February 11, 2023 at 2:00pm
See more See Less

In Memory Of Lanell Liese Helms