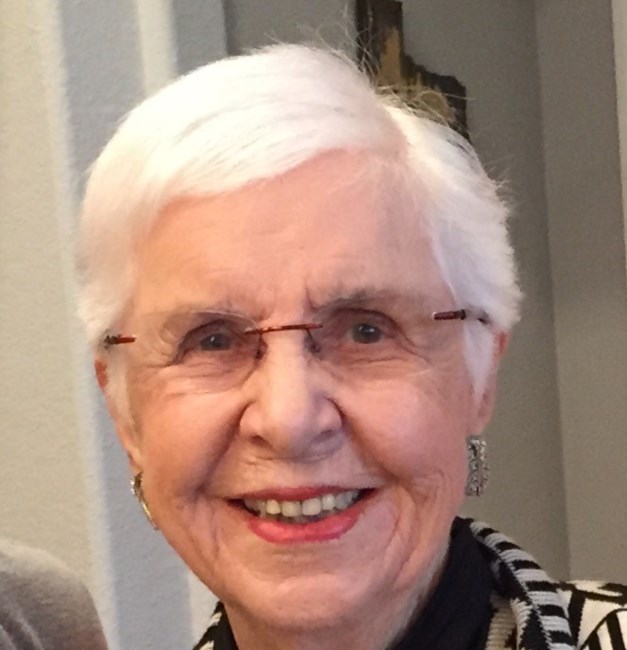 Marian Maher Neppl was born January 8, 1923 to Joseph Maher and Frances Heider Maher and was their only child. She spent her early years in Carroll, Iowa. She attended Marycrest College and graduated from Iowa State University with a major in Home Economics in 19xx. Marian was a member of Kappa Delta Sorority and Psi Chi Honorary. Following graduation, she worked at Sears Roebuck at their corporate headquarters in Chicago and later taught in a government nursery school in Omaha, Nebraska until the end of World War II. Married in 1945 to her childhood sweetheart, Walter Neppl, they had 7 children together. During Walt's rising career with the JCPenney Company, they lived in 8 different cities. Marian was active in each of their locales not only with raising a family but also with church and school organizations, and in numerous community projects. It was clear to all that she was a master in being a strong partner and a maternal Head of Household. Walt attributed much of his business success to Marian. They celebrated their 62nd wedding anniversary in October 2007. Following Walt's passing in 2008, Marian spent her remaining years at The Legacy at Willow Bend where she enjoyed her friends, family, and many activities. She was known to all as the "Turtle Lady" and especially to her grandchildren as "Grandma Turtle". Marian peacefully passed away on October 25, 2016 in Plano, Texas. She is survived by 6 of her children, Eugenie Kauffman of Hartfield, Va, Marilee Cumming of Plano, Tx, Deborah Johnson of Frisco, TX, John Neppl of Yorba Linda, CA, Christina Neppl of Westborough, MA, and Nancy Tripucka of Allen, TX. ; 13 grandchildren; and 4 great-grandchildren. She was preceded in death by her husband Walter, their son Thomas, and granddaughter Samantha. In lieu of flowers, the family respectfully requests memorial donations may be made to Prince of Peace Outreach Program (5100 W Plano Parkway, Plano, TX 75093) or City House (901 18th Street, Plano TX 75074).
See more See Less

In Memory Of Marian Jean Neppl