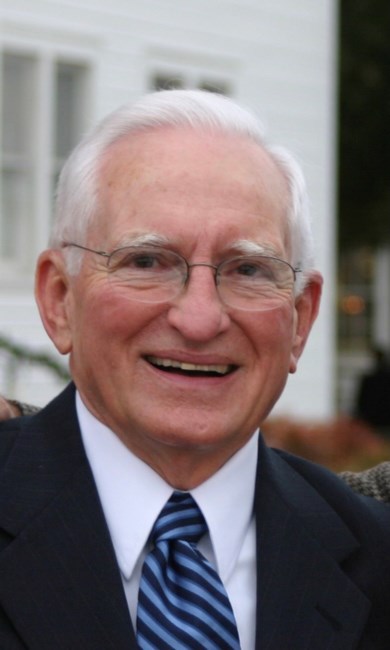 Thomas Clyde Brunson, Jr. was born on February 13, 1930 in Houston, Texas to T. Clyde Brunson, Sr. and Lucile Hughes Brunson. He entered his heavenly home at the age of 90 on October 10, 2020. His strong faith in God and devotion to his family gave him the purpose and strength to persevere through life and gain his ultimate peace through the grace of his Savior, Jesus Christ. Tom graduated from Baylor University with a degree in business in 1951, served as a naval officer on the USS Renshaw from 1952-55 and met his wife of 66 years, Jean Raven Brunson on Waikiki Beach, Hawaii. They married in 1954 and relocated to Austin, Texas from Hawaii where Tom completed his degree in Pharmacy at the University of Texas at Austin. Upon graduation, Tom and his family relocated to Dallas, Texas where he began a career in pharmacy spanning over 50 years. He owned and worked in several pharmacies, including Ravens Pharmacy and Tom Brunson’s Prescriptions in Oak Cliff. He will be remembered as a dedicated and compassionate servant of others in need. He ultimately retired with Jean to Salado, Texas, where he enjoyed golf, their church and many friends. Later they returned to the Dallas area to reconnect with friends and be closer to family. Tom was preceded in death by his parents, sister Barbara Brunson Earles, and grandson Brett Thomas Rawdon. He is survived by his wife, Jean, of Dallas Texas, children Dr. Michael Brunson and wife Teresa of Mapleton Utah, Karen Landers and husband Karl of Edmond Oklahoma, David Brunson and wife Beverly of Plano Texas, grandchildren Melissa Fair and husband Dr. Deuce of Oklahoma City, Andrew Rawdon and wife Diana of Edmond Oklahoma, Josh Landers and wife Katie of Choctaw Oklahoma, Blake Brunson and wife Mari of McKinney Texas, Steve Brunson and wife Christina of Dallas Texas, David Snyder and wife Tami of Cascade Montana, Gunnar Brunson of Heber City Utah, Thomas Brunson III of Los Angeles California and thirteen great grandchildren. He is also survived by his niece Lucile “Ginger” Earles McClellan and husband Dr. David of Erie Colorado, nephews Richard “Rick” Earles of Houston Texas and Tommy Earles of Thousand Oaks, California. The family will gather for a celebration of Tom’s life at Rose Hill Cemetery in Ft. Worth. The family would like to express its deepest affection and appreciation to the staff of Arden Courts Memory Care of Richardson, Texas for their love and support of Tom during his stay. In lieu of flowers, memorial contributions may be made to the Alzheimer’s Association or the First Baptist Church of McKinney.
See more See Less