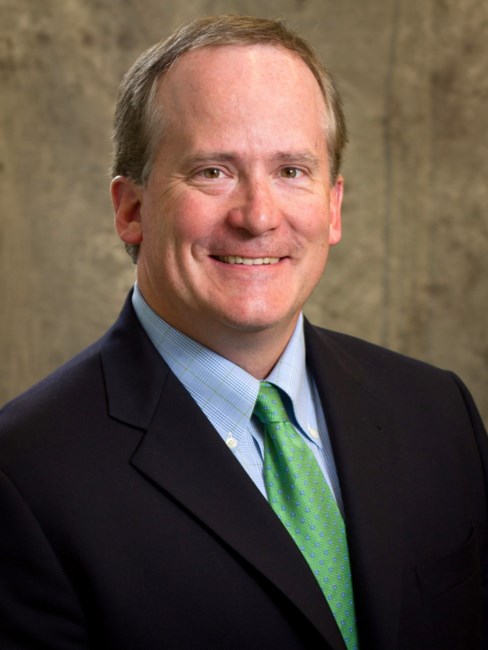 Tom Upton, age 54, of Plano Texas, surrounded by his immediate family, went home to the Lord on Tuesday evening, April 7th as a result of injuries suffered from a bicycle accident. Tom was born in Townsend Montana on February 3, 1966 to Frank and Mary Alice (Sweeney) Upton. Tom was married to Esmeralda Armendarez in Dallas, Texas on October 27, 2001. Two of the loves of their life soon followed with the births of Connor in January 2003 and Reagan in April 2005. Tom attended Broadwater County Schools graduating in 1984 with highest honors and achieving the honor of class valedictorian. He earned numerous scholarships from his efforts during high school. Tom then attended Montana State University (MSU) in Bozeman, Montana graduating in 1989 with highest honors after serving as student body Vice President and then President and being recognized as “Outstanding Senior Man”. He also served as Captain in US Army Military Intelligence immediately following his time at MSU. Tom continued to serve in the Montana State National Guard from July 1985 to September 1996. Tom began his professional career in 1991 joining IBM in Helena, Montana later transferring to Salt Lake City, UT and then Phoenix, AZ. He achieved the position of Business Unit Executive prior to leaving IBM to join Support Net in Indianapolis, Indiana in 2000. Tom was a Director of Product Division at Support Net until 2002 at which time he began his career with Microsoft Corporation in Dallas. Tom quickly advanced in the organization with an impressive track record of success. He held various leadership roles, most recently as Senior Director, Customer Success. During his tenure at Microsoft, Tom earned numerous awards and accommodations including receiving the prestigious Circle of Excellence Gold Club award for Outstanding Sales Achievement on two separate occasions. Tom was a loving husband and father who brightened the day of everyone he encountered. To say he was active in his family and community is an understatement. He was a lector, active with fundraising, coaching, and numerous other activities at the Prince of Peace Catholic Church and School where he and his family worshiped and his kids attended pre-school through middle school. Tom was also active in supporting various political campaigns and other local causes. He was a proud alum of MSU and continued to support the university in various ways throughout his life. Tom loved to coach both Connor and Reagan in numerous sports and was a zealous advocate for his wife and kids in everything they did. Tom enjoyed traveling with his family and was happiest when spending time with family and friends and their dogs, Molly and Millie. Tom was also fiercely competitive, successfully competing in numerous adventure races across the country as well as other athletic activities primarily in running, biking and skiing. He will be deeply missed by his family, friends and all who knew him. He is survived by his wife, Esmi, children, Connor and Reagan, mother, Mary Alice (Sweeney) Upton of Townsend, MT, brothers, Steve of Townsend, and Dan and his wife Donna, of Laguna Niguel, CA and numerous loving nieces, nephews and cousins and other relatives. Tom was preceded in death by his father Frank. A small private service for immediate family will be held at Prince of Peace Catholic Church in Plano, TX. Memorial services will be held at a later date in Plano, TX and Townsend, MT after gathering restrictions are lifted. In lieu of flowers, the family has asked to donate to the Thomas P. Upton Memorial Scholarship fund at Bishop Lynch High School, Attn: Jim Urbanus, 9750 Ferguson Road, Dallas, Texas 75228.
See more See Less

In Memory Of Thomas Paul Upton