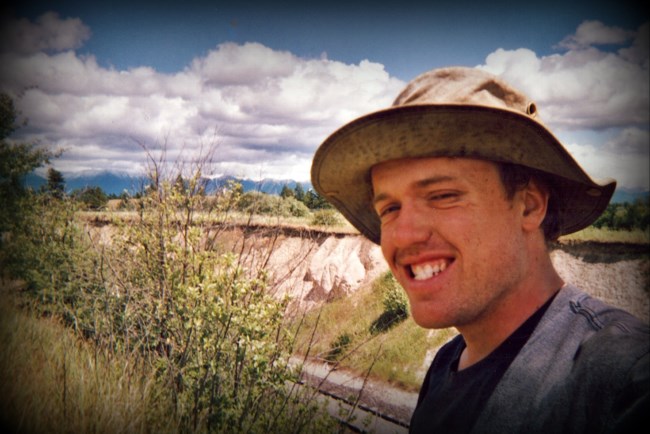 James William Stobie gained considerable notoriety during his all too short life of thirty-three years as a filmmaker who self-produced documentary styled videos portraying life as a rail riding traveler-- AKA 'Stobe the Hobo." His accomplishments were many, but his time here on earth encompassed so much more than that. He was the beloved Son of Michael J Stobie (Thornton) and Mary Stobie Lechman (Wheat Ridge); Brother of Lily Ribeiro; Brother in law to Wagner Ribeiro ; Uncle to Noah and Bianca Ribeiro Longmont); Grandson of Marilyn Stobie (Ukiah, California); Nephew to Timothy Stobie (Martha's Vineyard, Massachusetts) and Catherine Stobie (Fort Bragg, California); and a cherished friend to many (the World). To some he will become a legend through his life's work and to others he will be fondly remembered solely for his quirky yet lovable self as evidenced by his humor, fierce wit, compassion, dead-pan delivery, solicited and unsolicited commentary on just about anything, unbridled passion for unconventional living, mad piano skills, the enormous talent that he generously shared with all whose lives he intersected with, and countless other things. He will indeed be greatly missed by all who knew him while leaving an irreparable gaping hole in the hearts, minds and souls of his family.
See more See Less

In Memory Of James William STOBIE