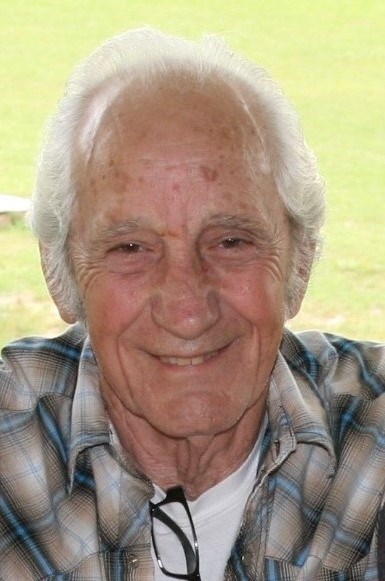 Lloyd Sheldon Cooley, 84, passed peacefully from this life into the arms of his Savior on the evening of Friday, July 29, 2022, while surrounded by his family at his residence in Singer, LA. He was born on November 30, 1937, to Lloyd B. and Charlotte Cooley in Lake Charles, LA. He was a man of God and faithfully attended Life Worship Center. Sheldon's unshakeable faith encouraged, lifted up, and strengthened his family and friends. His connection with God was very important to him and he faithfully included family, friends, and other loved ones in his prayers daily. He was a kind and gentle man who loved his family and especially treasured being a Pap-Paw to his grandchildren and Gramps to his great-grandchildren. He dedicated many years of his life to Westlake Polymers, where he was a Production Superintendent. He made numerous overseas trips for work and enjoyed experiencing life in different countries. At one point in his life, he and his wife Mary Ann were very active Country and Western dance instructors. They thoroughly enjoyed their time together attending dance exhibitions and meeting many new friends. He is survived by his daughters, Shelley (Matt) Quebodeaux, LaDonna Cooley (Beth Bonnette); grandchildren, Jared Bertrand (Julie), Luke Bertrand (Lacey), and Angela Bertrand; great grandchildren, Kevin Bertrand, Rebecca Bertrand, Maddison Delosey, Logan Bertrand, Zach Chambers, Jarrett Chambers, Lawton Bertrand, and Landri Bertrand. He was preceded in death by his wife of 56 years, Mary Ann Catherine Whitman Cooley; his parents; and brothers, Eldon, Lynnwood "Butch" and Lealon Cooley. A Celebration of Sheldon's life will be held at Hixson-Snider Funeral Home on Tuesday, August 2, 2022, at 2:00pm with Rev. Alvin Dale Smith officiating. Visitation will be at the funeral home on Tuesday, from 12:00pm until the time of the service. Burial will be at Hyatt Cemetery in Fields, LA. Services entrusted to Jordan and Amanda Mothershed of Hixson-Snider Funeral Home. Words of comfort may be shared with the family at www.hixsonsnider.com.
See more See Less

In Memory Of Lloyd Sheldon Cooley