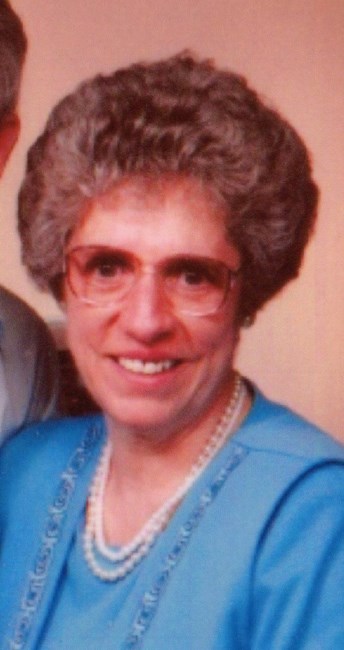 Rosemary Andersen, age 91, of Grand Ledge, Michigan passed away on Wednesday, May 4, 2022. Rosemary was born December 24, 1930. Rosemary Andersen was born 12/24/1930 to Virgil and Meda (Montague) Ruegsegger, the last surviving child from that union, as two siblings born after Rosemary died in infancy, a brother and a sister. Rosemary’s maternal grandparents moved into the family home and helped Meda raise Rosemary and her sisters, Grace, Beverly, and Vergie. Close in age they were an entity referred to as the Ruegsegger girls. The family attended the Methodist church in Big Rapids, Rose graduated from Big Rapids High School, and attended Ferris Institute. Rosemary was married to Keith Brandon for 20 years, raising six children born over a ten year span. They had three sons and three daughters. Survivors include: Lou Brandon, Jenni Fernand (Steve), Nancy Brandon, Joel Brandon, and Kelly Brandon. Rosemary was preceded in death by daughter Margie Bobier, step-daughter Pam Montanbault, Son-in-law Doug Ruble, and grandson Doug Ruble Jr. Rosemary is also survived by 12 Grandchildren: Laura, Barbara, Sally, Chance, Stephanie, Molly, Emily, Kalin, Jeffrey, Solomon, Kevon, and Jamie, as well as many great-grandchildren and 2 great-great grandchildren. Rose was a member of the local Child Study Club, various card clubs, bowled, and hosted many large family gatherings, especially over the holidays. She pursued varied employment, including photographing newborns at the local hospital, retail work at an upscale womens’ store, and as a chairside assistant for a dentist in East Lansing. She married Richard (Andy) Andersen in 1980. This expanded the family, adding Andy’s daughter June (Mike),and grandchildren from June and Pam: Adam, Brian, Amber, Jason, Michael, Sean, and Tony, and nine great-grandchildren. Together they enjoyed dancing, bowling, cards, and entertaining at their cottage on Big Pine Island Lake. Rose was a member of the Ladies’ Auxiliary of the Fraternal Order of Eagles, the Moose Family Fraternity, and the American Legion Auxiliary. In retirement, Rosemary and Andy wintered in Texas, and moved there year round in 2010, returning home in 2017 to be near family. They have resided at Independence Village of Grand Ledge. Many heartfelt thanks to the staff and caregivers there, and at Storypoint Assisted Living, and to the Corso Hospice staff, especially her nurse Emily. Contributions in Rosemary’s name may be made to the American Cancer Society, PO Box 10069 , Detroit, MI 48210 or Grand Ledge Emergency Assistance program, GLEAP, P.O. Box 402, Grand Ledge, MI 48837. A memorial service for Rosemary will be held Tuesday, May 17, 2022 at 5:00 PM at Gorsline Runciman Funeral Homes, 205 E Washington, DeWitt, MI 48820, preceded by a visitation from 4:00 PM to 5:00 PM. Fond memories and expressions of sympathy may be shared at www.grdewitt.com for the Andersen family.
See more See Less

In Memory Of Rosemary Andersen