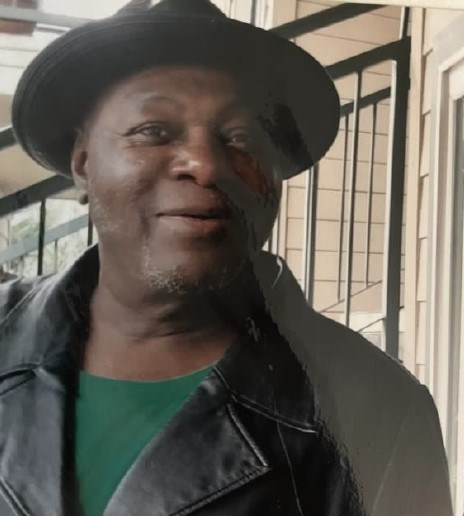 Clinton Bolden Sr., who is known as "Sunny" was born on January 22, 1953, to Ben and Hannah Lee Bolden in Birmingham, Alabama. Clinton then moved to Los Angeles, California, where he lived in the city of Watts, with his two sisters, Mary Lee, who is also known as "Bit," and Mary Denise, who is also known as "Nita" Bolden. In 1963, Clinton attended Grape Street Elementary, followed by Markham Middle School, and graduated from Jordan High School in 1970. In 1980, Clinton married his soulmate, Wanda Grant/Bolden, who he shared 12 beautiful kids, 39 grandchildren, and 13 great-grandchildren. Clinton Bolden was a hard-working entrepreneur, who was sure to care for his family. Clinton was fun, loving, and a mentor to all. He enjoyed BBQ's, while playing his old school "oldies," which he taught everyone about in the neighborhood, along with all his life stories. Clinton's parents will be proceeding him in death, along with his son, Donta Bolden, his five sisters, Mary Lee Bolden, Mary Denise Bolden, Rosie Kennedy, Dorothy Willis, and Inez Bolden, and his two brothers, Jack Edward Bolden and Lenair Bolden. Clinton leaves to mourn, his wife, Wanda Bolden, his six daughters, Kimberly, Marchita, Laquiesha, Juanita, Rosalie, and Shonta Bolden, his five sons, Clinton Jr., Edward, Walter, Percy, and Antwane Bolden. He also leaves behind his three nieces, Joanne Culpepper, Tasha Smith, and Keisha Fraiser, his five nephews, Jerome and Jessie McKnight, Robert Walton, Kenneth Schuler, and Terrell Fraiser and a host of grandkids, great-grandkids, great nieces and nephews, and many close friends. Serving as active pallbearers are Clinton Bolden Jr., Antwane Bolden, Percy Bolden, Walter Bolden Jr., Edward Bolden, Jerome McKnight Jr., Deshaun Gallion Jr., and Sean Foster Jr. Serving as honorary pallbearers are Walter Bolden, Donta Bolden, Jessie McKnight, Jerome McKnight, Robert Walton, Kenneth Shuler, Deandre Andrews, Derrell Berry, Dameon Berry Jr., Maxwell Henderson Jr., Gary Bolden, Deanthony Smith, Javon McKnight, Travon Armstrong, Jayshawn McKnight, Keith Tillis, Maxwell Henderson, Johnnie Frank, and Dameon Berry Sr.. The days will always be brighter because you existed, the nights will always be darker because you're gone. If we have forgotten to show our gratitude enough for all the things you did, we're thanking you now, and we're hoping you knew all along how much you meant to us. Your Legacy will continue forever... -The Boldens Fond memories and expressions of sympathy may be shared at www.millermiesdowneymortuary.com for the Bolden family.
See more See Less