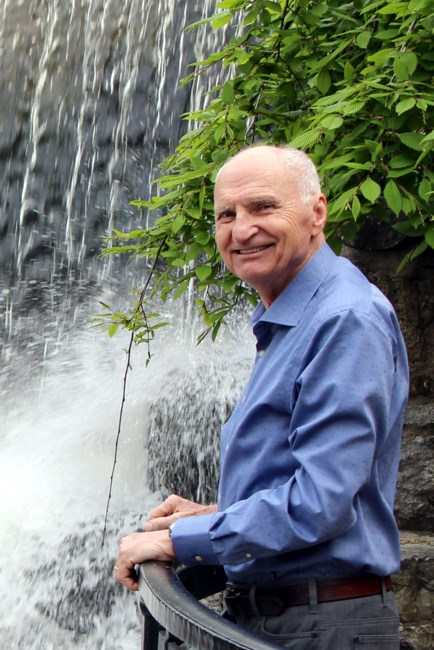 Passed away on May 7th at St. Joseph’s Hospital in his 82nd year. He will be missed by his beloved wife Heidi. Loving father to Michelle (Robert) DeWitte, and David (Sharon). Proud Opa to Heidi, Marika, Mattaus, and Owen. He is survived by his sisters Alma Litke, Dorothy (Alfred) Mikols, his brothers in law Werner (Anne) Plessl, Heinz (Laurie) Plessl and sisters in law Anni Gretzinger, and Angela Plessl. He is predeceased by his twin brother Adolf and his brothers in law Dennis Litke and Reiner Plessl. He will also be missed by his many nieces and nephews. Alfred was a longtime and active member of Mission Baptist Church, was a member of the Canadian Orpheus Male Choir, and last worked as a city engineer for the City of Brantford. A Funeral Service will be held at the Mission Baptist Church, 100 North Oval, Hamilton on Friday, May 13th at 11am. Interment to follow at Grove Cemetery, Dundas. Donations in Alfred’s memory may be made to Mission Baptist Church. Online condolences may be made at www.marlattfhdundas.com
See more See Less

In Memory Of Alfred Gretzinger