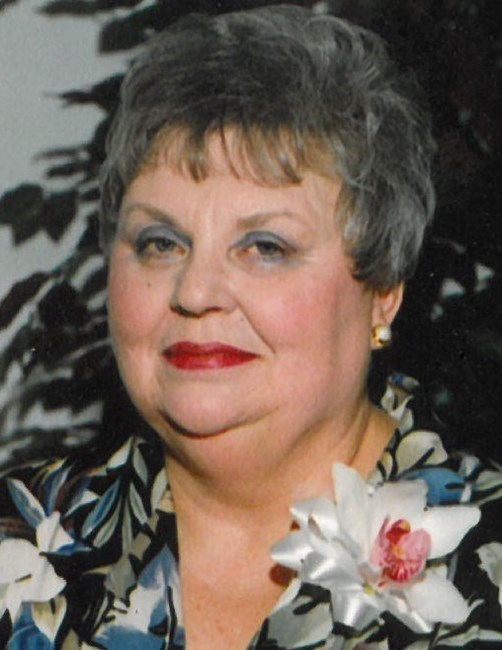 Joan Barbara (Brimble) Ross, 82, of Glastonbury and formerly East Hartford, passed away peacefully on Sunday, July 31, 2022. Born in Hartford on September 9, 1939, Joan was the daughter of the late William Francis Brimble and Doris Thelma (St. Peter) Brimble. She worked for 23 years for Emhart Corp., Farmington and then was a dedicated employee of Fleet Bank, Hartford, where she worked for 13 years prior to her retirement in 2004. Joan was a communicant of Our Lady of Peace Church in East Hartford, where she served as a Eucharistic Minister and a CCD teacher for fourth graders. She was a member of the East Hartford Town Democratic Committee and the East Hartford Democratic Women’s Club. Joan was a loyal fan of the Boston Red Sox and Notre Dame University. A loving mother, grandmother and great-grandmother, Joan will be forever missed by her six children, Caryn Wallace and husband Michael of Bloomfield, Mary Lynn Sanchez and husband Hilario of So. Windsor, Robin Ross of E. Hartford, Sheryl Ross of Manchester, Steven Ross and his fiance Patricia Kramer of Wyoming and Nikki Ross and her significant other Shawnya of E. Hartford;Nineteen adored grandchildren Ashley, Cheyenne, and Blake Wallace,Vanessa, Alec, and Devin Sanchez,Erica and Chip Ross,Najla, Matthew and Ryan Mack Cody and Caity Ross Jordan, Mackenzie, William and Breanna Ross Catherine and Adrian Ross and three cherished great-grandchildren Elijah and Makayla Serrano and Madisyn Mack. She is also survived by her sister, Karen Lyford and husband Douglas of Chelsea, VT; brother, Gerald Brimble and wife Bernadette of Pueblo, CO. and several nieces, nephews and dear friends. She was predeceased by her beloved son, Charles W. Ross and brother, William Brimble. Funeral services will begin on Friday, August 12 at 9 a.m. at the D’Esopo-East Hartford Memorial Chapel, 30 Carter Street, East Hartford followed by a Mass of Christian Burial at 10 a.m. at Our Lady of Peace Church, 370 May Road, East Hartford. Family and friends may call on Thursday from 5-7 p.m. at the funeral chapel. In lieu of flowers, donations in Joan’s memory may be made to the American Cancer Society, 111 Founders Plaza, 2nd Floor, East Hartford, CT 06108. To share a memory of Joan with her family, please visit www.desopoeh.com.
See more See Less

In Memory Of Joan Barbara Ross