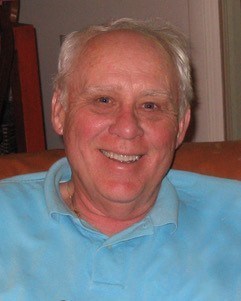 PETER BENNETT DAVIS passed away peacefully Tuesday, March 1st in his home, surrounded by the family he so deeply cherished. Born December 2nd, 1942, in Yonkers, NY, and later moving to Cincinnati, Ohio, with his mother Lorraine, father James and siblings Richard and Susan, Peter graduated with honors from Miami University with advanced degrees in Political Science and an abiding aspiration to make the world a better place with social, economic and education programs and development aid. Peter commenced and concluded his career at the U.S. Department of State – initially as Program Officer for the U.S. Agency for International Development (USAID) and later as Chief of Evaluation and Foreign Assistance, where he was responsible for planning, performance management, evaluation and aid effectiveness overseeing the Department of State and USAID. In between, he was instrumental in the founding of the international development consultancy Development Associates, Inc., where he served as President for nearly 40 years. His other passions ran the gamut – from coaching countless basketball and baseball teams and mentoring dozens of young professionals to planning fabulous vacations to, well, and especially later, a whole lot of golf. Blessed with a bewilderingly whip-smart mind, he was astute and deferential to everyone he met, as happy to listen to advice as to give it; scholarly, but never showy; deep, but never deigning. A good, kind man, a mensch – a man among men who faced each challenge with equanimity and determination and engaged each person with unaffected equivalence, he was an accomplished traveler who visited more than 100 countries in his long career in international development. At home, Peter seemed to excel at everything he did (except perhaps singing Besame Mucho somewhere in the vicinity of the proper key) – from producing epic pancakes breakfasts to conducting epic renditions of Happy Birthday. He was a role model beyond the family as well, admired and respected by everyone who had the privilege of working with him. A gifted writer and speaker, Peter wrote, edited and contributed to hundreds of reports, many of which were used for congressional decision making, and over his career he received numerous Awards for Excellence from OEO and USAID for his achievements. But Peter’s highest calling, his most ardent passion above all things was his family, and the job he most cherished was that of Parent and Grandparent with his adored wife of 56 years, Judy. Peter was an intensely caring parent, who took extreme pride in his four children and eight grandchildren and took even greater effort to be an example of a life well lived, a life filled with purpose and meaning. A fierce proponent for social equality and active in the international development community for many decades, Peter’s legacy lives on in the enduring social programs he helped develop and implement around the world as much as the shining example of his character he passed on to our extended family. He was especially proud of his work on the VISTA program, which since 1965 has had 220,000 AmeriCorps members join the fight against poverty by helping local organizations expand their capacity to effect change. He also proudly served as a board of director for numerous organizations, including St. Coletta’s and Miami University College of Arts & Sciences, and Catholic Charities, which he later served as president. Peter is survived by his wife Judy Buerman Davis and their children Matthew Davis (Justine), Katherine Boone (Charles), Elizabeth Poplin (Butch) and Emily Riedel (David) and their eight grandchildren: Maddy, Nick, Ryan, Erin, Hannah, Bennett, Lucas and Adele. Peter’s family will host a memorial service on Monday, March 7th at 10:30 AM at St. Leo the Great Catholic Church, 3700 Old Lee Highway, Fairfax, VA 22030. Donations in lieu of flowers may be made in Peter’s name to Catholic Charities, Diocese of Arlington. A memorial and a condolence book can be accessed at https://www.dignitymemorial.com/obituaries/fairfax-va/peter-davis-10612067 Epigram That Man Is a Success That man is a success who has lived well, laughed often and loved much; Who has gained the respect of intelligent men and women and the love of children; Who has filled his niche and accomplished his task; Who leaves the world better than he found it, Who has never lacked appreciation of Earth’s beauty or failed to express it; Who looked for the best in others and gave the best he had. –Robert Louis Stevenson https://secure.ccda.net/Give/Give/Donate/Giving.aspx
See more See Less

In Memory Of Peter Bennett Davis