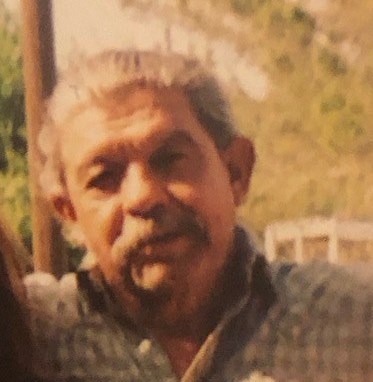 Oscar Beltran, 81 entered into eternal rest on Tuesday, January 17, 2023 at a Nursing Home in Hebbronville. He was born on August 3, 1941 to Manuel Beltran and Elena Salazar in Hebbronville, Texas. He is preceded in death by his parents; brothers, Manuel Beltran Jr. and Jose Beltran; sister, Minerva Ochoa and grandson, Oscar Beltran III. Oscar memories will forever be cherished by his wife, Juanita S. Beltran of Hebbronville; son, Oscar Beltran Jr. of Freer; daughters, Sally Beltran and Yvonne Beltran both of Austin; sisters, Liz Beltran of Pearsall and Lydia Ducote of Corpus; brother, Eliseo Esquivel of San Antonio; 7 grandchildren; 4 great grandchildren; numerous other relatives and friends. Visitation will start at 8:30 a.m. on Saturday, January 21, 2023 at Funeraria Del Angel Howard-Williams, Hebbronville. Graveside Services will be conducted at 10:00 a.m. at the New Hebbronville Cemetery. Fond memories and expressions of sympathy may be shared at www.FunerariaDelAngelHWilliams.com for the Beltran family.
See more See Less

In Memory Of Oscar Beltran