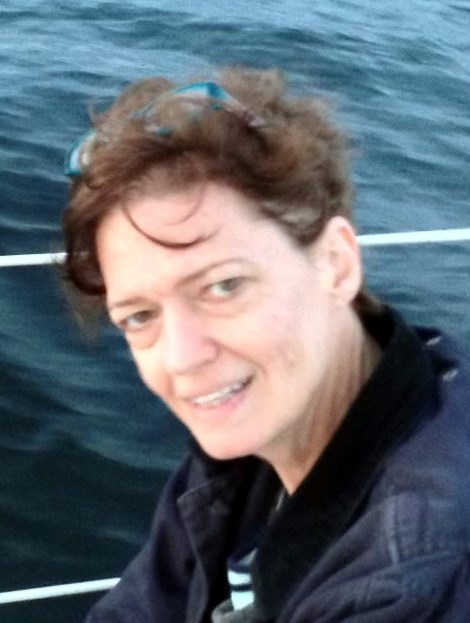 Eileen Margaret Kelly, Age 59, formerly from Riverside, Illinois. Passed away unexpectedly on April 21,2022 at her home. She was born May 9,1962 in Idaho Falls, Idaho. The daughter of Joyce Marie (Troxler) Kelly and Robert Leo Kelly Sr. Eileen lived with her parents and five brothers and sisters in Idaho, New York, Minnesota, Alabama, and Pennsylvania before attending high school in Lisle, Illinois. Eileen spent a formative academic year as an exchange student in South Africa before graduating in the class of 1980. Eileen attended the University of Illinois - Champaign-Urbana and subsequently moved to Washington, D.C., where she worked in theater, first as an intern and later as a manager of local programs at the John F. Kennedy Center for Performing Arts. She was the Company Manager for the touring musical “Satchmo: America's Musical Legend,'' in 1986-87. Eileen moved to Chicago in 1989 where she met Edward G. Torrez. They were married in 1993 and settled in Riverside, Illinois. Eileen worked at Everen Capital Corporation for many years before she turned her interest in architecture and design into a successful tenure as a local realtor, which culminated at @Properties in Oak Park, Illinois. Eileen and Eddie divorced in 2003 at which point she lived in Berwyn, Illinois for several years before moving back to Riverside, Illinois. Eileen was dedicated to her community, her canine friends, and her loving family. She was active in local community groups and gave of herself compassionately to those in need. Eileen’s remarkable intellect, quick wit, and marvelous sense of humor bettered the lives of many. Eileen is survived by her siblings Robert Leo, Michael James, Joyce Marie, Consuelo (Connie) Anne, and Peter John, as well as her beloved nieces and nephews: Scott, Kristi, Maeve, Erin, Kelly, Axel, Liam, and Declan. Those who wish to remember Eileen by way of a memorial, may make donations to your local Arts Programs, Mental Health Agency, and Animal Shelters. A memorial service for Eileen will be held Saturday, June 11, 2022 from 2:00 PM to 5:00 PM at Woodlawn Funeral Home, 7750 West Cermak Road, Forest Park, Illinois 60130. Fond memories and expressions of sympathy may be shared for the Kelly family.
See more See Less

In Memory Of Eileen Margaret Kelly