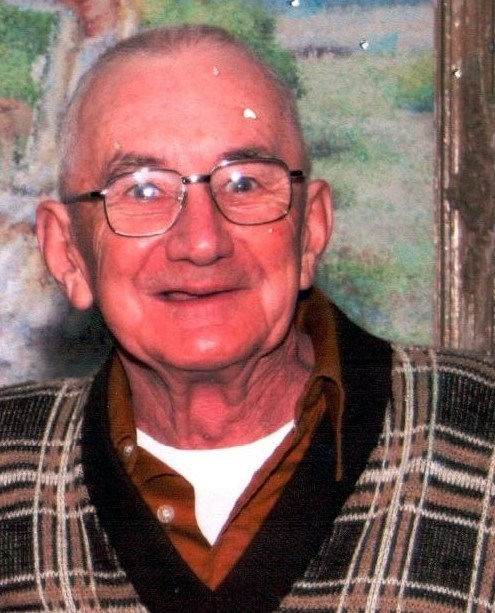 Donald F. Cook, 95, passed away Monday, January 23, 2023, at Grey Stone Nursing Home. Donald was a World War II Veteran, serving in Germany. His wife, Peggy Survives, and lives in an Alzheimer facility near her daughter. Donald drove truck for Coca Cola Bottling Works most of his working life. He has three surviving brothers, Ralph (Myrna-deceased) of Ashley, William (Sherrin) of Leo, and Robert (Beatrice) of Auburn. His Brother, Richard (Kay) has preceded him in death. Private family services will be held. Hockemeyer & Miller Funeral Home is assisting the family with arrangements.
See more See Less

In Memory Of Donald F. Cook