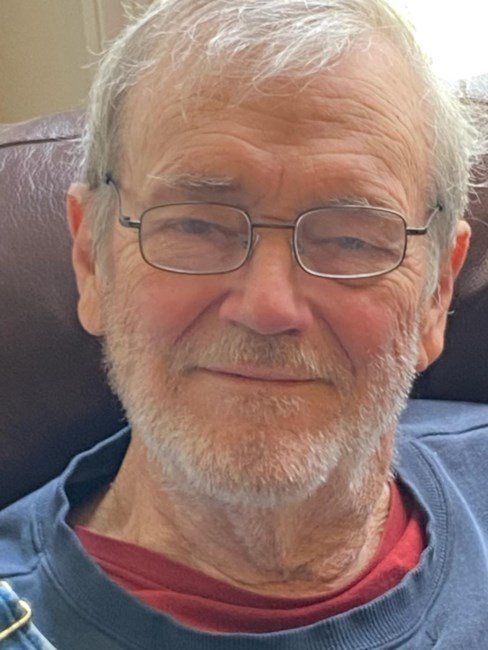 Glenn Edgar Hyatt, 77 of Fredericksburg, passed away on Tuesday September 20, 2022. He will be forever loved and remembered as a loving husband, father, grandfather, and great friend. Glenn was born in Washington, D.C. on March 28, 1945. Glenn served honorably in the US Navy during the Vietnam War as an aircraft technician on the USS Ranger 1966 - 1970. After his service, he received a BA in Business from Western Washington University. Glenn then worked as an accountant for the Federal Government, where he retired after 30 years. In his retirement years he spent his time volunteering at the National Museum of the Marine Corps in Triangle, VA. and working as a docent for the Rising Sun Tavern in Fredericksburg, VA. Glenn enjoyed many hobbies including woodworking and was an avid military historian. He loved tinkering in his workshop where he would create replicas of historical furniture. Glenn is survived by his loving wife Rosemary of 51 years; by his son, Matthew (Sarah), his daughters, Brandy (Greg), and Courtney (David), and his brother Donald Hyatt. Glenn also has five grandchildren: Presley Hyatt, Nathan and Connor Hackworth, and Sally and Sawyer Janey. He is proceeded in death by his Parents, Edgar and Charlotte Hyatt, and his brother George Hyatt. A private interment will be held at Quantico National Cemetery with his family. A celebration of life will be held at a later date. The family asks that, in lieu of flowers, donations can be sent in Glenn’s name to: The Marine Corps Heritage Foundation (marineheritage.org) 1775 Semper Fidelis Way, Triangle, Virginia 22172 or Washington Heritage Museums, 1300 Charles Street, Fredericksburg, Virginia 22401(washingtonheritagemuseums.org/membership-support)
See more See Less

In Memory Of Glenn Edgar Hyatt