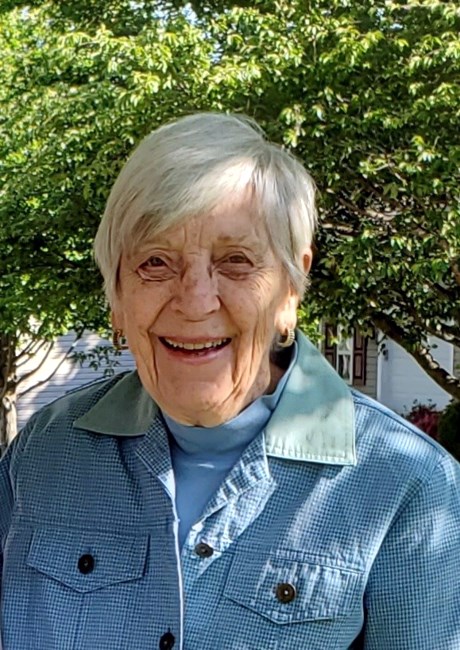 We are sad to announce the passing of Joan Bitely. Joan was 90 years of age and died of natural causes in Fredericksburg, Virginia on January 15, 2022, with her children by her side. She was preceded in death by her beloved husband, Philip Lansing Bitely, in 2004. They were married on August 22, 1953, after having met on a blind date in 1949 while Joan was in HS and Philip was a freshman at Hamilton College. Joan was born in Utica, New York on July 6, 1931. She graduated from Clinton High school in NY in 1949. In 1953, she graduated from the State University of New York in Albany with a BA in Education. From 1968 to 1971, Joan attended Syracuse University on a part time basis while raising a family in Ithaca, New York and earned her Master’s degree in Library Science. During Joan’s working career, she was a high school English teacher, a speech correction teacher, and an elementary school librarian, which was her true passion. Joan loved classical music, literature, and wildlife, especially birds. She was an avid reader and always had a good book in her hands. Joan was an active tennis player for many years and enjoyed attending concerts with friends. Joan moved to the Del Webb Falls Run community in Fredericksburg in 2005 where she became involved with the governance of the Villa community and the tennis club. She was very active in the CRRL Friends of the Library and the UMW Elder Study program. She also loved to participate in the local program to track and count bluebirds. She was a world traveler both with her husband Phil as well as after his passing. She traveled to Alaska, many European countries, Costa Rica, Brazil, Peru, Australia, New Zealand, participated in an exciting safari in South Africa, and a tour of Antarctica. Joan is survived by her daughter Cynthia Bitely Reppert (Dennis); son, Scott Bitely; 5 grandchildren and 4 great grandchildren. In memoriam, donations may be made in her name to the CRRL Friends of the Library http://www.crrlfriends.org/Donate or the UMW Philharmonic Orchestra https://securelb.imodules.com/s/1588/rd17/interior.aspx?sid=1588&gid=1&pgid=1712&cid=3848&bledit=1&dids=14
See more See Less

In Memory Of Joan DeVinny Bitely