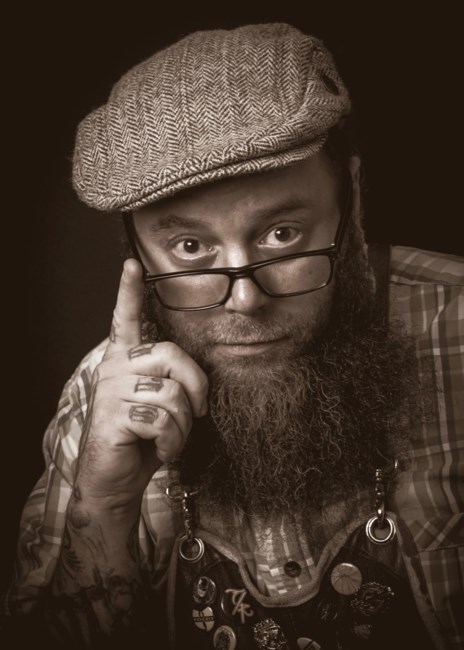 Kenneth Scott Brown, 48 of Partlow, VA, passed away unexpectedly on September 15, 2022. Kenny was born in Woodstock, New York on December 12, 1973. Son of the late Lawrence Brown. He is survived by his wife, Tawnia Brown; his mother, Judith Brown; his sister, Tara Brown; his nephews, John and Matthew Novosat and extended family. Kenny graduated from Cumberland Valley High School in 1992 and then apprenticed to be a Tattoo Artist in Carlisle, Pennsylvania. Kenny worked as Tattoo Artist in Carlisle and then Manassas, Virginia before opening Jack Brown’s Tattoo Revival in Fredericksburg, Virginia in 2007 with friend and co-owner Chance Kenyon. Upon opening Jack Brown’s, Kenny and his wife began an annual fundraiser, “Tattoos For Community”. With the help of Jack Brown’s tattoo artists, friends, clients and community members, the “Tattoos For Community” event has raised an incredible amount of funding for a different local nonprofit organization each year. Kenny was dedicated to his craft of tattooing and passionate about its history. Kenny’s tattoo career spanned 30 years, tattooing across the US and abroad attending conventions. Kenny co-hosted the Richmond Tattoo Convention, one of the oldest and most respected tattoo conventions in the world, from 2016 to 2022. Kenny married Tawnia, the love of his life, in 2005. Together they shared a passion of many things; rescuing and loving dogs, traveling to hike Virginia’s State Parks and kayak its rivers, and visiting craft breweries and wineries to name just a few. They traveled the country to visit friends, museums, and national parks. Kenny had a deep love of art and amazing creativity in its many forms. He loved music, drawing, painting, photography, writing lyrics, and singing in a band. Kenny’s greatest joy was helping others. With his enormous hugs, unforgettable laughter, generous kind spirit, inclusiveness, and exceptional humor, his impact was felt by everyone who came in contact with him. He was truly larger than life. In order to accommodate all friends and family who would like to pay their respects, there will be two informal, open house celebrations held in honor of Kenny’s life. The first will be held on September 29, 2022 between 2PM and 6PM at Central Station, 1917 Princess Ann Street, Fredericksburg, Virginia. The second will be held on October 5, 2022 between 3PM and 6PM at Lovecraft’s Brewing Co, 165 Gateway Drive, Mechanicsburg, Pennsylvania. Come as you are when you can. There will be free hugs available at both locations. In lieu of flowers, the family asks you make a donation in memory of Kenny to: Fredericksburg SPCA 10819 Courthouse Rd Fredericksburg, VA 22408 https://fredspca.org/donate/
See more See Less

In Memory Of Kenneth Brown