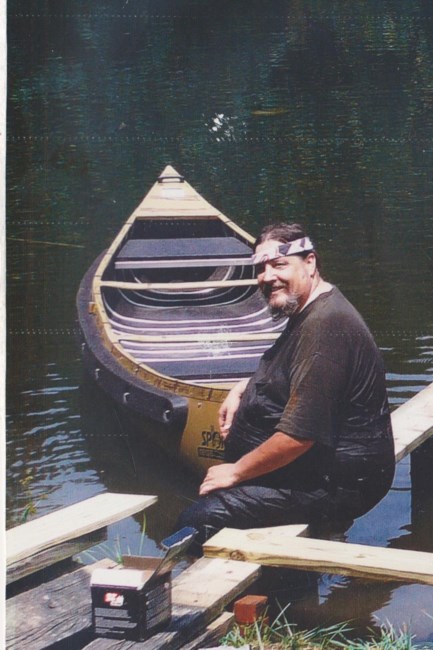 Richard (Rick) M. Good, 62, passed away Dec. 4, 2017. Rick is survived by his brother, Rob Good / Tammy of Stafford, his sister, Bunny Melzer, of Spotsylvania, 5 nieces and nephews: Angela Graves / Gary of Spotsylvania, Bob Melzer / Ty of Spotsylvania, Sean Melzer /Micky, of Vicksburg, Ms., Denise Felts / Steve of Richmond and Michelle Bustamonte / David of Spotsylvania, 14 great nieces and nephews and two great great nieces. Rick was preceded in death by his parents, Robert A Good, Jr. and Lucille M Good. Rick enjoyed life and was loved by many. He was an avid football fan and had a talent for trivia, especially in the music industry. Rick was born in Pittsburg Pa. at a very young age. When he was 8 or so his family moved him to Kansas. He lived in Kansas until the age of 14 this allowed him to obtain a drivers license at 14. The same year his family moved again to Maryland. There went Ricks new license. Rick, in Maryland became an advid swimmer soon winning numerous swim meets thru out the area. After high school Rick joined the Navy in the Nuclear submarine program. A six year Navy stint, mostly underwater, provided Rick a career in the elec. industry as a ALARA engineer. After the Navy while still young Rick scuba dived the Caribbean, obtained a pilots license (often scaring the sh-- out of friends and family alike). Rick had been known to jump in the car and drive to northern Canada to "find snow". Rick had a love for skiing, snow and water. He skied the Swiss Alps and Lake Anna with the same passion. Rick had a flare! In Vegas he'd gamble for days stopping only to indulge himself in 3 hour dinner in the best restaurants. Rick's love for fast cars had him owning Z cars, corvettes and challengers. From time to time Rick was known to have a drink, if you bought Rick a drink in a bar you always got two in return, he said his father taught him that. Play a game with Rick and you lose, he loved it. Often playing all night. Rick had a love for family and good friends and never had to work to keep either close. In the last months of his life Rick had a dog, Argos, that lighted a new passion in him, taking Argos everywhere he went. Unfortunately for all of us, Rick died as he lived, Fast and Easy Rick's family will receive friends on Friday, December 8, 2017 from 6 - 8 p.m. at Mullins and Thompson Funeral Service, Fredericksburg Chapel, with a graveside service on Saturday December 9, 2017 at Goodwoods (the family cemetery) in Spotsylvania, Va. at 11 a.m. Condolences may be sent at mullinsthompsonfredericksburg.com.

In Memory Of Richard Martin Good