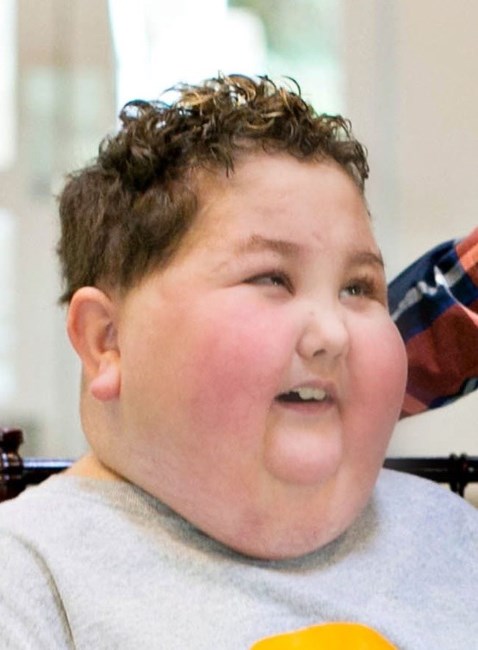 Ryan Gene Mott was born on February 15, 2007 in Fredericksburg, VA. He left this earth to be with his Heavenly Father, at the age of 9, on February 26, 2016, after a courageous battle with a rare form of brain cancer, called DIPG. Ryan was surrounded by his loving family and closest friends. Ryan was a 3rd grader at Grafton Village Elementary school. Ryan loved football, fishing, music, and spending time at the beach. He was a huge fan of the Seattle Seahawks and the Washington Redskins. Ryan was full of energy and had a great sense of humor. Most of all, Ryan loved his family and friends. Ryan is survived by his parents, Lynn and Michelle Mott; three brothers, Colby, Dylan, and Justin; a sister, Brianna; grandparents, Randy and Charmaine Calvin of King George and Carolyn LeGros, of Jennings, Louisiana; great grandmothers, Catherine Calvin of Spotsylvania, VA and Wydell LeGros of Jennings, Louisiana; and numerous aunts, uncles, and cousins. The family will receive friends on Wednesday, March 2, 2016 at Mullins and Thompson Funeral Service, Fredericksburg from 6-8:00 pm. A funeral service will be held at Temple Baptist Church on Thursday, March 3, 2016 at 11:00am, with interment to follow in Sunset Memorial Gardens. Memorials may be made in his name to Fairy Godmother Project, http://www.fairygodmotherproject.org/ or Michael Mosier Foundation, http://defeatdipg.org/ Online condolences may be sent at www.mullinsthompsonfredericksburg.com
See more See Less

In Memory Of Ryan Gene Mott