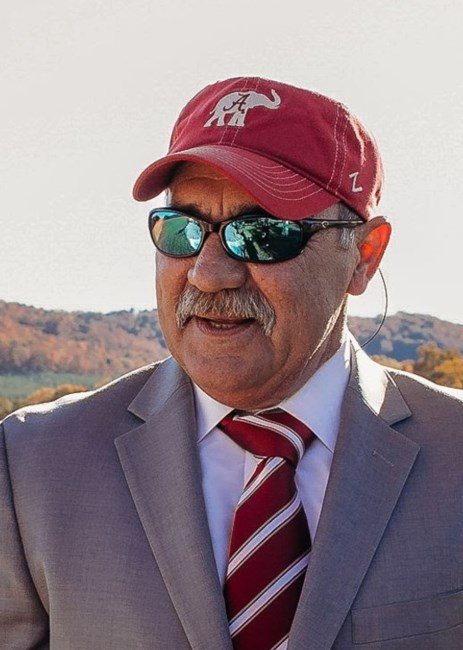 Darrel H Henderson, age 59, of Ashville, Alabama passed away on Sunday, January 23, 2022. The family will receive friends from 5 until 7pm on Wednesday, January 26, 2022 at Collier Butler Funeral Home. There will be a graveside service at 11 AM Thursday, January 27, 2022 at Pilgrims Rest Cemetery. Collier Butler Funeral Home will direct services. Darrel was born December 14, 1962. He was a longtime resident of Ashville, AL. He was self-employed as a carpenter. In his free time he enjoyed hunting, fishing and most of all, Alabama Football. He loved his family and absolutely adored his grandchildren. He is preceded in death by his father Hugh Henderson, mother Jackie Grigsby, and brother Jeffrey Henderson. Darrel is survived by his wife, Tina Henderson; daughter Brittani (Justin) Colley; grandchildren Easton and Presley Colley; nephew Chris (Christy) Henderson; great nephews Jacob and Justin Henderson; and many friends. Pallbearers will be Barry Taylor, Toan Tran, Tom Tran, Buddy Lacoste, Hank McCay, and Chris Henderson. Honorary pallbearers are Edward Colley and Justin Colley. The family would like to express their special thanks to the nurses and staff of Compassus Hospice. Fond memories and expressions of sympathy may be shared at www.collier-butler.com for the Henderson family.
See more See Less

In Memory Of Darrel Hugh Henderson