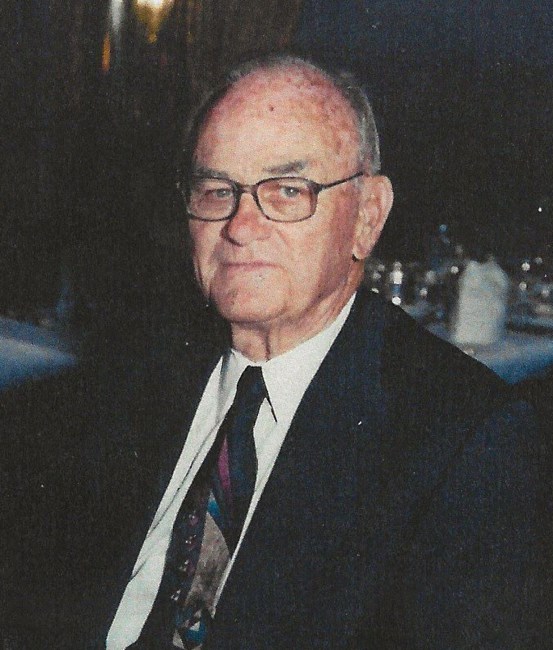 Robert "Hoot" David Gibson Robert Gibson, 97, of Rainbow City, passed away at UAB Hospital on Friday, August 27, 2021. Funeral services will be held on Sunday, August 29, 2021 at Collier Butler Funeral Home. Visitation will be at 1:00 p.m. with the service to be held at 2:00 p.m. with Dr. John Richey and Lauil Thompson officiating. Burial will follow at Ashland City Cemetery for the family. Mr. Gibson was born in Ophelia, Alabama on May 27, 1924 to Wyatt Lorenzo and Jeppie Stanford Gibson. He is preceded in death by his parents, sister Alma DeStefano, brother Baron, twin brothers Burl and Earl, in-laws R.Y. and Elizabeth Gilbert. He was a 1943 graduate of Lineville High School and a graduate of University of Alabama with a degree in Business. An Army Air Corps veteran of WWII, he flew 24 combat missions as a waist gunner on a B-17 Flying Fortress based in Lavenham, England. During one mission, his plane was struck by enemy fire forcing all the crew to parachute to safety. He landed in the Marne River in Chalon-sur-Marne, France, was injured and rescued by his crew mate, Joe Bail. This injury earned him the Purple Heart. On a separate mission, his plane was struck by German flak suffering an elbow injury earning him an Oak Leaf Cluster. He was honorably discharged in November 1945. He was the last surviving member of the 487th Bomb Group, 836th Bomb Squadron, Mulholland Group. He was honored to be inducted in the Gadsden-Etowah Patriots Association in 2015 and served as the Grand Marshall of the Parade. He was a proud 1986 retiree of the Goodyear Tire & Rubber Co. serving in the "factories" (his definition of plants) of Gadsden, AL and Union City, TN. He was a member of Coosa Valley Baptist Church since 1976. He enjoyed cattle farming, gardening, hunting, fishing, golfing, bowling, baking pecans pies, and enjoyed traveling the world visiting 56 countries, principalities, and territories. He is survived by his wife of 67 years, Louise Gilbert Gibson, daughters Ellen (Allen) Hawkins, Beth (Johnny) Lee, grandchildren, Laura Hawkins Miller, Brett Hawkins, and Elizabeth Lee; great-grandchildren, Mason and Chloe Miller; step-granddaughter Dr. Amanda Glaze and family; sister, Jane Waters of Destin, FL.; nephews, Robert DeStefano, Dr. David Gibson, Steve Spratt, Keith Gibson, Donald Gibson, Ken Spratt, and Jeffrey Gibson, and niece Becky Watson. Pallbearers will be grandson Brett Hawkins and nephews. Honorary pallbearers are former neighbors of Covered Bridge Estates, residents of Regency Pointe, and members of Coosa Valley Baptist Church. Special thanks to all caregivers and all who provided care to him including UAB TBICU doctors, nurses, and staff. In lieu of flowers, memorials can be made to Coosa Valley Baptist Church 523 W. Grand Avenue Rainbow City AL 35906 or any charity of your choice.
See more See Less

In Memory Of Robert David Gibson