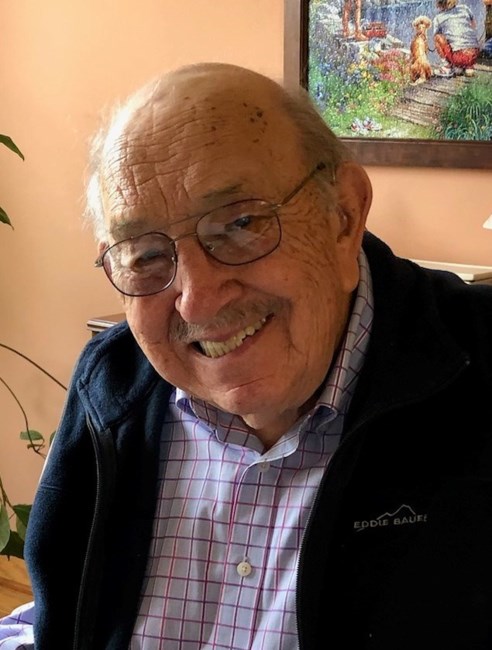 Carl F. Bierl, age 86, of New Albany, passed away unexpectedly on Monday, May 9, 2022 while undergoing rehabilitation for a broken hip. He was born February 23, 1936 in Mount Clemens, Michigan to the late Anna and Herman Bierl. Carl was preceded in death by brothers, Richard, Leonard, Larry, Harold, and Raymond, sister Evelyn, son Glen Steven Bierl, and grandson Michael Alexander Bierl. Carl is survived by his loving and devoted wife of 27 years, Mary Bierl; sister, Linda Bierl, sister-in-law Judy Bierl; and his children Steven Bierl, Douglas (Julaine) Bierl, Valerie (Steve) Hollenbaugh, Bruce (Valerie) Bierl, Craig (Annette) Bierl, Amy (Trevor) Hoiland, Todd (Jenni) Parker; as well as 20 grandchildren: Jacob (Jennifer) Bierl, Amber Bierl, Alexandria Bierl, Daniel (Jennifer) Bierl, Patrick (Erin) Bierl, Jackson (Meghan) Roberts, Paige (Brennan) Kephart, Amanda (Eric) Hughes, Matthew Hollenbaugh, Andrew Hollenbaugh, Tamara Johnson, Joseph (Megan) Bierl, Vincent Bierl, Cassandra Bierl, Evan Hoiland, Tanner Hoiland, Colin Parker, Ella Smith, Clara Smith, and Alaina Smith; and 19 great-grandchildren: Matthew Vondrak, Aviana and Chloe Bierl; Bianca Bierl; Rowan and Cora Roberts; Truman Kephart; Tyler and Riley Bierl; Natel and Karleigh Bierl; William and Emma Hughes; Elias, Elizabeth, Eilwynn, Emerson, and Elliott Johnson; and Ezekiel Drewes. He is also survived by many nieces and nephews. Carl was a giant of a man. He was hard-working and instilled a strong work ethic in his children, and also encouraged it with his grandchildren. He was never one to shy away from telling you how he felt and was always willing to provide advice when asked. He guided his children and grandchildren in many ways. Carl enjoyed being with his family. When they were young, he took his children on annual fishing trips to Michigan and Canada, often spending more time untangling lines instead of fishing. His love for fishing transferred to his sons, who later, as adults, took him on multiple fishing trips. He also enjoyed hunting in Michigan, especially with his brothers, and even went on an elk hunting trip out west one time. In his later years, Carl loved spending time with his adult children, grandchildren, and great-grandchildren. During family gatherings, you could often find him asking, “Where’s my hug?,” so he could tickle them or pick them up to turn them upside down. He loved playing with (and teasing) them. If he didn’t ask for a hug, the kids would ask, “Where’s my hug?” In his career, Carl was a builder. He was a carpenter from a young age, a trade he learned from his dad, who learned it from his dad. In the early days, he worked for his brother, Leonard, for 50 cents an hour. He later founded East and West Carpenters in Michigan with one of his other brothers, Larry. Then, starting in 1963, as his expertise and many talents were quickly recognized, he worked his way up the career ladder with Homewood Corporation, and contributed to its growth to become one of the leading homebuilders in central Ohio. Carl became President of Northland Park Homes Inc./Northland Development Company, which built many multi-family government and senior housing apartment buildings. He was a dedicated and loyal employee of 55 years who set high standards for himself and those who worked for him before retiring in 2013 at the age of 77. Carl was also a self-taught architect who designed and built several houses that he lived in, and also helped many of his children and grandchildren design, remodel, or build houses. In his retirement, Carl turned his attention to cars. He enjoyed collecting, restoring, and working on Packards. In 2006, he purchased his first Packard, a 1937 120 Coupe. Since that time, he amassed a fleet of 9 Packards. He became involved in the Buckeye Packards club, where he was most recently its Treasurer. He traveled to many places to show his cars or to look at other Packards that had been restored. He won numerous awards for his cars over the years, but more importantly, kept him busy doing something he enjoyed. Family will receive friends on Wednesday, May 18 from 4:00 to 8:00 pm at Schoedinger Funeral Home, 1051 E Johnstown Rd, Gahanna OH 43230. Catholic Mass will be on May 19 at 11:00 at the Church of the Resurrection, 6300 E Dublin Granville Rd, New Albany OH 43054 (and streamed online at https://www.facebook.com/allrwelcom). Visitation will be available preceding Mass at 10:00. A graveside ceremony and burial will follow the funeral Mass at Maplewood Cemetery, 4585 Reynoldsburg-New Albany Road, New Albany, OH. Friends and family are invited to drive their Packard or other antique vehicle to the visitation, funeral Mass, and procession to the cemetery. A lunch reception and sharing of memories at the church will follow the graveside ceremony. In lieu of flowers, you may donate to one of Carl’s favorite charities, the Mid-Ohio Food Collective, PO Box 182883, Columbus OH 43218-2883, or to the Westerville Area Resource Ministry (WARM), 150 Heatherdown Dr, Westerville OH 43081.
See more See Less

In Memory Of Carl F. Bierl