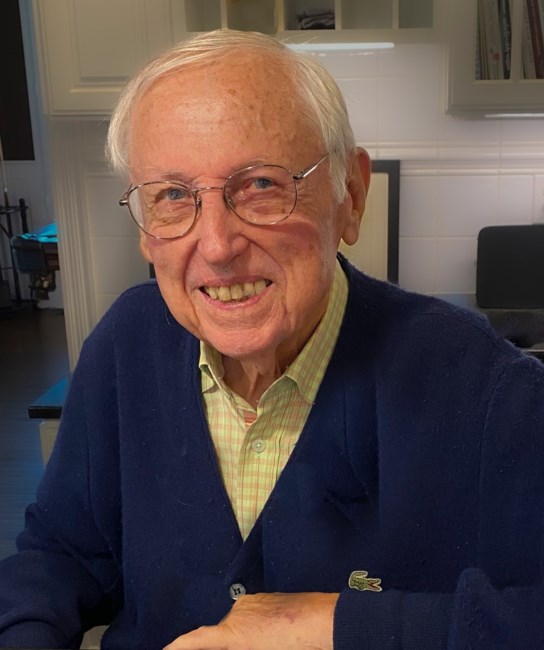 Jean Patrick Gordon passed away on September 22, 2022 at age 89. He was born on December 14, 1932 to Jean Matoon Gordon and Evelyn (Kessler) Gordon in Columbus, Ohio. Jean met his lifetime bride, Constance Ann Allen at East High School. Seven years after they met, they married on June 25, 1955. Jean earned a bachelor of fine arts degree from The Ohio State University, then was drafted into the Army for two years and stationed in Germany. After he returned home, Jean earned a Bachelor of Architecture degree from The Ohio State University. Jean and Constance raised their three children in Bexley and then moved to German Village. Jean first worked for the Columbus Board of Education, then helped found Trott & Bean Associates. His work also included collaborations with Multicon and Peter Eisenman in designing the Wexner Center and Broad Street Presbyterian Church. Jean was President of the American Institute of Architects in 1986. More recently, Jean’s passion shifted to developing early childhood development centers, most notably the Franklin County facility on Johnstown Road with an emphasis for special needs. Jean was employed with Moody Nolan Architects until his passing. Jean was a passionate genealogist, tracing the family lineage thru New England to Scotland and onto the age of the Vikings. In addition to his parents, Jean is preceded in death by his wife of 65 years, Constance Ann Gordon. Jean is survived by his three children, Dutch, Susan, and John; his three grandchildren, Sam, Sarah, and, Sebastian; as well as many dear relatives, friends and neighbors. Friends and family are invited to visit at Broad Street Presbyterian Church, 760 East Broad Street, Columbus, Ohio 43205 from 9:00am – 10:00am on Thursday, September 29th, with Jean’s funeral service beginning at 10am. Burial will follow at 12:30pm at New Lexington Cemetery, 440 Swigart Street, New Lexington, Ohio 43764. In lieu of flowers, charitable contributions in Jean’s memory may be made to the Franklin County Board of Developmental Disability Early Childhood Education Program at 2879 Johnstown Rd, Columbus, Ohio 43219.
See more See Less

In Memory Of Jean P. Gordon