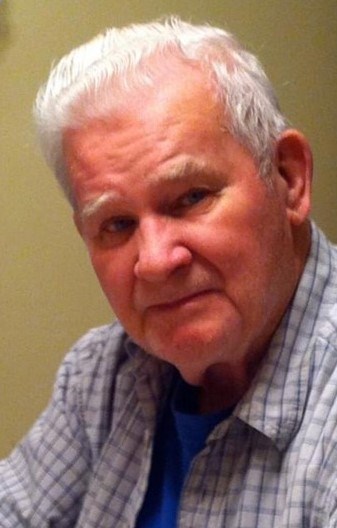 Paul Edward Coleman passed peacefully at his home on May 10th, 2022 surrounded by his family. He was preceded in death by: 1 daughter; Paula Coleman. 12 brothers; Clyde, Carl, Granville, Lundy, William Austin, John Jesse, Perry, Rexall, Russell, Danville, David Jr, and Steve. 7 Sisters; Darcus, Avonelle, Emolene, Lucy Pearl, Utha, Ledna Mae, and Lois. He is survived by: his wife Janice (Lovely) of 60 years, 2 daughters; Alicia (Tom) Burchwell, Teresa (Chris) Spaulding, 5 grandchildren; Sandra (Kaitlin) McGarry, Cody Burchwell, Shelby (Stephen) Palazzo, Brandon and Nathan Hilles. 4 Great grandchildren; Alexa and Aleah Palazzo, Mariana McGarry, and Stephen Palazzo. 1 sister; Ova Thacker and 5 sisters-in-law; Betty Jean, Karen, Alice Fay, Maxie, and Debbie and countless nieces, nephews, cousins, and many friends. Special mention of brother-in-law Ray Lovely who was more like a brother to him. Paul was born April 1, 1933 to the late David W. Coleman and Cora (Madden) Coleman in Pikeville KY. He was the 12th of 21 children. Paul went through the 10th grade and held various jobs in his youth and into adulthood. He worked for the Pike County Board of Education, where he provided maintenance for the school building. He came to Columbus in 1951 and lived with his brother Lundy and wife, Dorothy. Paul built airplanes for 2 ½ years for North American Rockwell. Kentucky drew him back home where he worked hauling rock or digging ditches at Kentucky/West Virginia Gas Company. He said he never liked that job, and it didn’t pay either! He moved back to Columbus in 1959 and worked for Westinghouse for 22 ½ years. Paul also worked 2 or 3 jobs at one time to provide for his family. He worked at T N Cook, Schottentsteins, Ohio Bell, Bonded Oil Company and Pinkerton Security. He also demoed garages and houses. He met the love of his life in 1960. His sister in law, Betty Lou worked with Jan at Swan Cleaners and took her to Lundy and Dorothy’s to home. He offered to drive her home. Jan said, “Only if Dorothy would go with him” and the rest is history. He said he was surprised that she loved “him” and the only thing he would change would be to make her love him more than she already did. They always loved each other and communicated well. If you asked Paul his advice on marriage, he would say, “Don’t get married!” Then went on to say, “When you find the right one, you’ll know it. If you have a family, you should be married.” Paul believed you should work hard. He wanted his children and grandchildren to remember how they were raised. His advice to them was to go to church and listen. His priorities were to honor your marriage vows and take care of your kids. Paul attended and labored in the Columbus Primitive Baptist Church for many years before he united with the church in April 2017. He described the baptism as chains breaking loose and being lifted off of him. Paul’s favorite hobby was playing cards. He loved any game and was a tad bit competitive. Paul loved playing with his brothers every weekend and never turned down a game. He loved country music and could be found singing the good ole gospel tunes like “I’ll Fly Away” to his wife and grandchildren. Everyone, well, maybe just the ladies, commented on his blue eyes and the finger waves in his hair his entire life. He enjoyed watching Hee Haw, Jeopardy, Wheel of Fortune and Andy Griffith. He would feed the squirrels on his porch and even in the house when he could lure them in with a peanut or two. He liked watching the peacocks in their front year. Paul was called brother by his sisters and it was told to us that he was a good boy. He had a 1948 Harley Davidson that he rode to Kentucky without his license. He took his cousin for a ride and she never rode again! His brothers would sneak and ride his bike while he was at work. Paul enjoyed giving to others. He was instrumental in organizing and getting funding for the rebuilding of the neighborhood park. He started Santa visits at the church, where he, along with the help of others, provided the toys and a candy bag for all the children for nearly 30 years. He loved family reunions and was part of restarting them. He added hats and t-shirts, which everyone loved! Anyone who knows Paul, also knows how he didn’t like chicken, or any other bird for that matter. He was a meat and potatoes kind of guy. His life was his family. He truly believed the saying: “Having a place to go is home. Having someone to love is a family. Having both is a true blessing”. Paul lived a full life with many friends, touching each of them in a different way. He was blessed with a wonderful family, but really it was our blessing. We will miss his humor, smile, orneriness, memories, and the way he loved everyone. In honor of Paul, those that want to are encouraged to bring a deck of playing cards celebrating his greatest past time and to remember all our times playing with him. Click the link to watch webcast for Paul E. Coleman on Saturday, May 14th at 9:00 am https://webcasts.lifetributes.com/1210307
See more See Less

In Memory Of Paul Edward Coleman