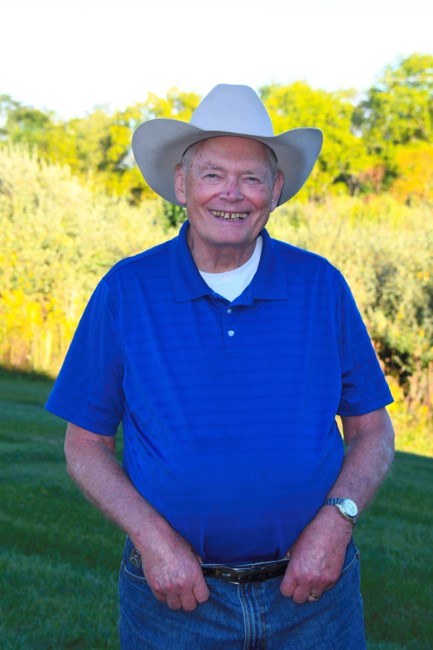 William Kammer, of Westerville, Ohio, died Tuesday, July 26, 2022, at home in the loving arms of his daughters. He was born September 24, 1936 in Wheeling, West Virginia, the son of the late John Walter and Mary Florence Kammer. He was the beloved husband of 49 years to Ann Marie Kammer; devoted father of Sally (John) Buckles and Amy (Kirk) Schaefer; and loving grandfather of Michael (Blakely), Nahom, Samuel, Meri and Jayden Buckles, and Joseph and Kaitlyn Schaefer. Bill graduated from Central Catholic High School and then from West Virginia University with a degree in engineering. After beginning his engineering career in West Virginia, Bill moved to Columbus and became an accomplished civil engineer, focusing much of his professional work on creating clean water sources for communities in Ohio. On a blind date back in Wheeling over New Year’s Eve, he met the love of his life, his “Irish Angel” Annie. By September, they were married and living in Columbus, Ohio, Bill, or HBK (“Handsome Bill Kammer”) missed Annie tremendously after she died but truly made the most of life without her by his side. Bill’s personality shined through when ordering “asparagus juice” at almost any restaurant, playing golf, hanging out with family and friends in his “Hillbilly Hideout and Put Put,” volunteering at Charitable Works Ministry, cheering on his favorite Mountaineer teams, playing card games, and, most importantly, spending time with his daughters and their families. Bill never met a stranger and was a true family man, full of faith, and one who would drop anything to help someone in need. He is preceded in death by his wife, Annie, brother, Jack Kammer, and sister, Jeanne Truax. He is survived by his daughters, Sally (John) and Amy (Kirk); his seven grandchildren; brothers Bob and Dick Kammer, and numerous nieces and nephews. Visitation hours are from 4-7pm on Friday, July 29, 2022 with a prayer service scheduled for 7 p.m. at SCHOEDINGER NORTHEAST, 1051 E. Johnstown Rd., Columbus, OH 43230. Mass of Christian Burial will be held Saturday July 30, 2022, at 10:00 a.m. at the Church of the Resurrection located at 6300 E. Dublin Granville Rd., New Albany, OH 43054, with Father Denis officiating. Interment to follow at Holy Cross Cemetery, 11539 National Rd SW, Etna, OH 43018. In lieu of flowers, the family is requesting financial donations to the Charitable Works Ministry at St. Matthew Church, 795 Havens Corners Rd., Gahanna, OH 43230. The service livestream will be viewable here: https://www.facebook.com/allrwelcom/
See more See Less

In Memory Of William J. Kammer