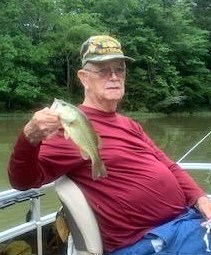 Richard Neil Blake, age 76, of Mount Olive, Alabama passed away at the Birmingham VA Medical Center on Saturday, January 21, 2023. He was born on April 24, 1946 to Howard and Vera Blake, who preceded him in death. Richard enjoyed growing up in Birmingham, AL and LaGrange, GA where he began his favorite lifelong hobby of fishing. After attendinG Woodlawn High School, Richard served in the United States Army from 1964-1968. As a member of the 1st Cav Army Security Agency, Richard served 2 tours of duty in Vietnam. After his time in the military, he returned home and worked at the Birmingham News for several years. Following his time at the News, Richard worked for over 30 years in automobile sales. Richard is survived by his wife, Rebecca Blake; son, James Blake (Denise); brother, Ronald Blake (Mary); sister, Kathie Moore; stepsons, Scott Gardner, Jeffrey Gardner (Mandy) and Timothy Gardner (Shannon). He is also survived by many loving grandchildren, great grandchildren and numerous other family and friends. A celebration of life for Richard will be held Sunday, February 5, 2023 from 2:00 PM to 4:00 PM at Ridout's Gardendale Chapel in the Fireside Parlor, 2029 Decatur Hwy, Gardendale, Alabama 35071. Fond memories and expressions of sympathy may be shared at www.ridoutsgardendalechapel.com for the Blake family.
See more See Less

In Memory Of Richard Neil Blake