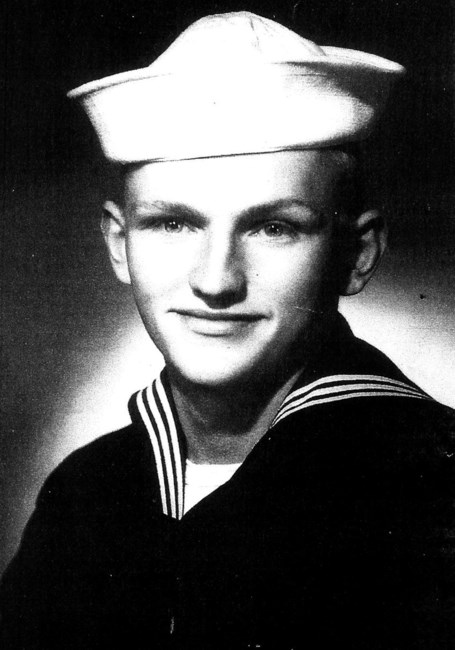 A celebration of life for Lester Byron Harper, 89, of Grand Coulee, will be Sunday, July 31, at 2pm at the Grand Coulee SDA Church, 324 E Grand Coulee Ave. Lester was born the fourth of eight children to Byron Edwin and Mildred Christy (Pendell) Harper, Nov. 29, 1932 at home then known as “Sam”, Douglas County, Washington (later known as “Rex”, between Delrio and Grand Coulee)—the home had been the post office and dance hall, located on land which had been homesteaded in 1914 by his grandparents. He had the family nickname of “Irish”. Raised on the homestead with orchards, dairy and beef cattle, chickens and a garden, there was much to learn and do to help out. Schooling was important to the family and Les worked for room and board so he could attend Mason City High School. He later lived with a family in Grand Coulee graduating from Grand Coulee High School in 1950. Lester joined the US Navy in 1951, spending 4 years in the Marshall Islands on the USS Rendova, discharged in 1955 as a Bench Machinist / Machinery Repairman, 3rd class. Receiving the National Defense Service Medal likely as he was witness to the nuclear bomb testing in the Pacific. Lester’s 1962 marriage to Maybelle Holt in Sandpoint, Idaho, didn’t last. He worked in a variety of capacities including at a granary, for Arvin Farms milk processing, as a logger in Montana, a mechanic, an orchardist and a stock car driver—car #60. He married Margaret Paterson November 29, 1975 in Wenatchee, WA. In 1976 he was baptized into the Seventh-day Adventist church. They eventually moved to Coos Bay, OR but Les returned to the Wenatchee area, unsure of his own marriage. Considered a ‘charmed’ member of the family, he narrowly escaped death several times. A dedicated deacon of the Grand Coulee SDA Church for many years, Lester was instrumental in the remodel in the early 2000’s. Even the Google 360 street camera caught him at the church in 2013. What are the chances? After developing a cancerous tumor on his arm in 2018 and trying to heal it naturally, an infection caused him to be hospitalized and he eventually secured a spot in the Long-term Care Unit at Coulee Medical Center (CMC). Over time multiple other cancers also developed but he wasn’t interested in doing anything that would take him out of town for treatment. This was home. Lester was well cared for at CMC. After a crazy week during the hospital evacuation, a church member home stay and then going to Soap Lake for a couple of nights, Lester made it back to CMC before going to sleep in Jesus on July 1, 2022. Preceded in death by his parents, brothers Chester, George and Eugene; sister Hazel and his wife. Lester is survived by sisters Ruth DeChand, Goldie Kass and Shirley McKee as well as many nieces and nephews.
See more See Less

In Memory Of Lester Byron Harper